You Can't Find Me - Boko Haram Leader, Shekau Tells US Government After A $7m Bounty Was Placed On Him


Boko-haram leader, Abubakar Shekau has released a video telling the US govt that they won't be able to get him regardless of the bounty placed on him. 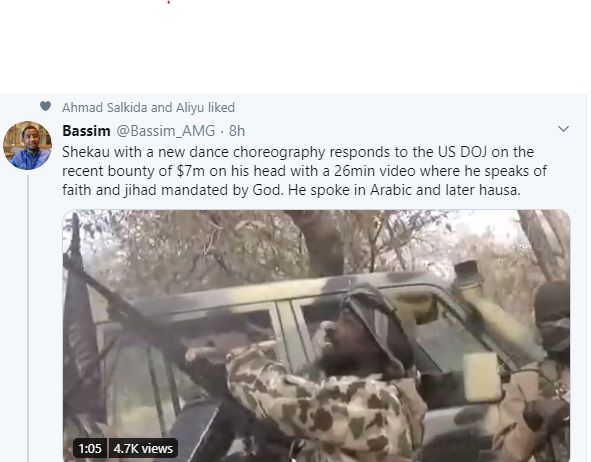 Media personality @Bassim_AMG who covers reports on Terrorism, shared a video of the sect leader reacting to the $7 million bounty placed on him.

According to the media personality, Shekau in a 26 minutes video, reiterated his views on ''US, Israel and Nigeria being infidel states with US being the headquarters of corruption.'' The sect leader also reportedly said the US is fighting Islam in every possible way and questioned the US for putting up only N2.5bn or $7m as reward for his arrest.

Shekau is also quoted as claiming that the US cannot find him. He however stated that he is also not scared for them to find him as long as he is not an "infidel". He celebrated the bounty by sporadically shooting a few rifles and a machine gun.

Watch the video he posted and the Tweets from the media personality below; 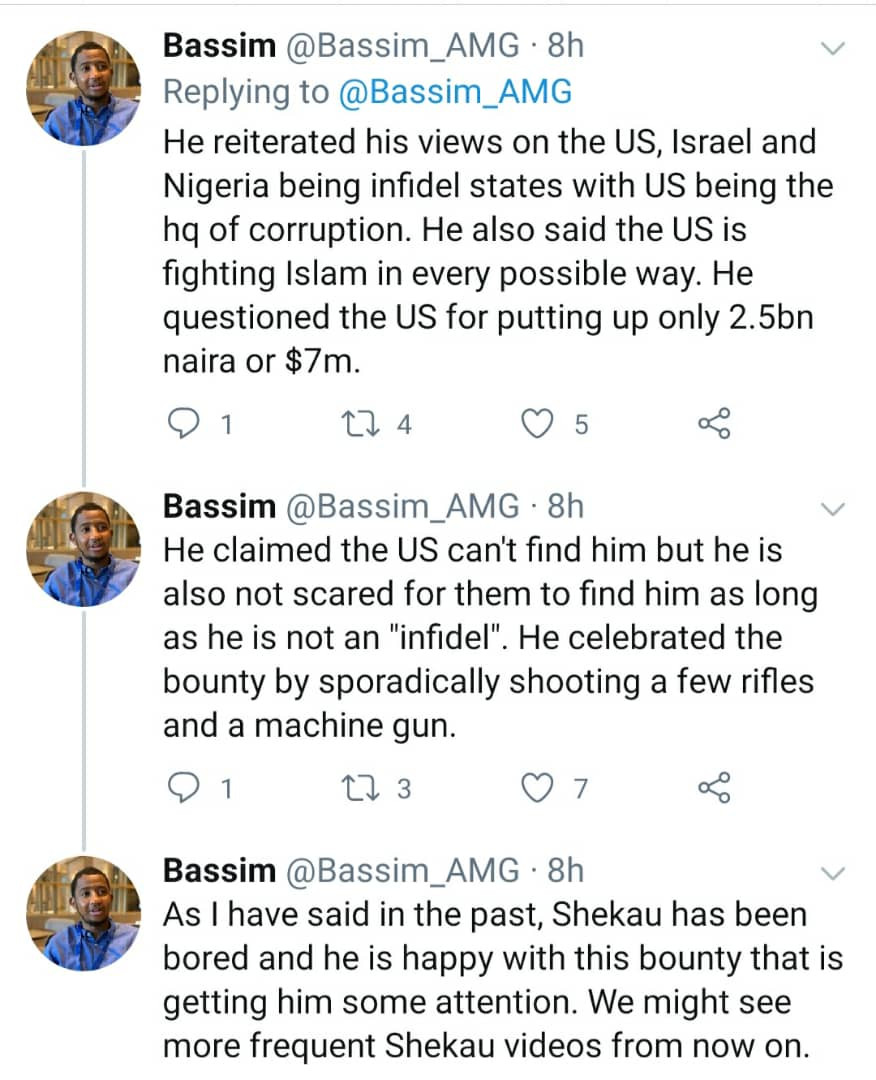 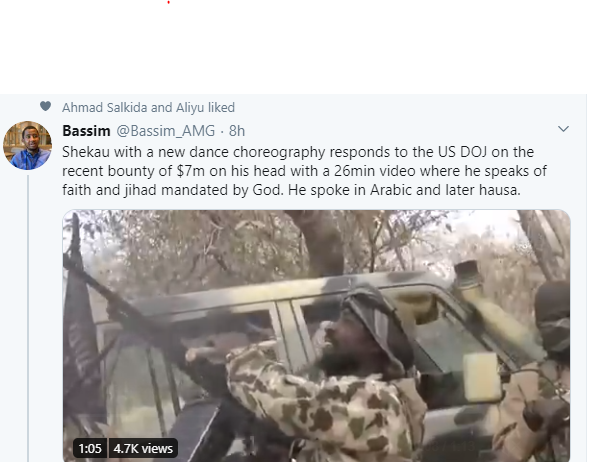 Shekau with a new dance choreography responds to the US DOJ on the recent bounty of $7m on his head with a 26min video where he speaks of faith and jihad mandated by God. He spoke in Arabic and later hausa. pic.twitter.com/PUqYyyp89G