Is It Fair To Blame Buhari For Sanusi's Dethronement? Check Out What Uche Nwosu Has To Say


Uche Nwosu has reacted to certain claims that President Muhammadu Buhari is to blame to Sanusi's dethronement. 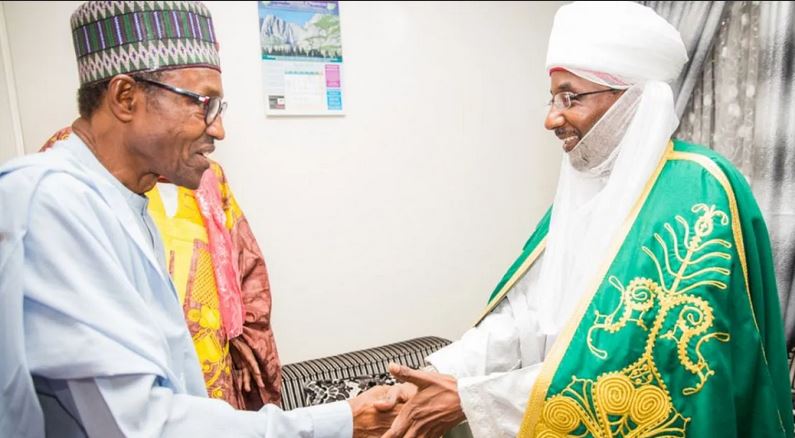 The Nation reports that a Chieftain of the All Progressives Congress (APC), Uche Nwosu has described as mischievous, attempts to accuse President Muhammadu Buhari of masterminding the dethronement of the former Emir of Kano, Lamido Sanusi.

Nwosu said the allegation smacks of mischief and an attempt to politicize Sanusi’s removal.

According to Nwosu, his experience with President Buhari during the 2019 governorship election in Imo state, confirmed that the President does not use the instrument of his office to emasculate institutions of government or coerce them to his advantage.

A former Kano State governor, Rabiu Kwankwaso has accused the President of masterminding the dethronement of Sanusi over his political stand in the 2019 election.

But Nwosu insisted that, “It is unfounded to allege that President Buhari was behind the dethronement of Sanusi. If you know the President very well, you will know that he does not interfere in the functions of government institutions to get any personal advantage. It is most unfair to accuse him of inciting the removal of Sanusi.

“The Kano state government has explicitly stated the reasons the former Emir was removed and if you know how much the Kano Emirate is respected, you will know that no governor will allow himself to be used to depose an Emir without reasons.

“During the 2019 governorship elections in Imo State for instance, President Buhari did not use the instrument of his office to coerce the electorate to vote for any particular candidate but he asked the people to vote for their candidates across party lines. That shows who President Buhari is so anybody accusing him of removing Sanusi is not sincere”.