Photos have emerged showing the moment the dethroned Emir of Kano, Sanusi Lamido arrived in Lagos. 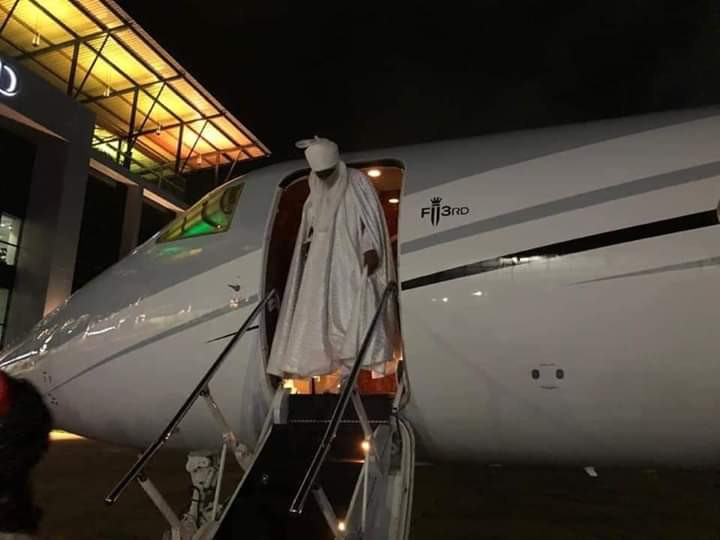 Sanusi Lamido Sanusi has finally arrived Lagos, signifying an end to his detention in Awe community of Nasarawa State.

Recall that Emir Sanusi's removal was confirmed on March 9 by Kano State Secretary to the Government Usman Alhaji, who alleged that he disrespected the lawful instructions from the office of the Governor and lawful authorities. The Kano monarch was also accused of persistently refusing to attend official meetings and programmes organized by the government without any lawful justification.

Sanusi was driven to Abuja in company of Governor Nasir El-Rufai of Kaduna State after a Federal High Court sitting in Abuja granted an interim order releasing him from detention in Nasarawa.

Below are more photos of him arriving Lagos: 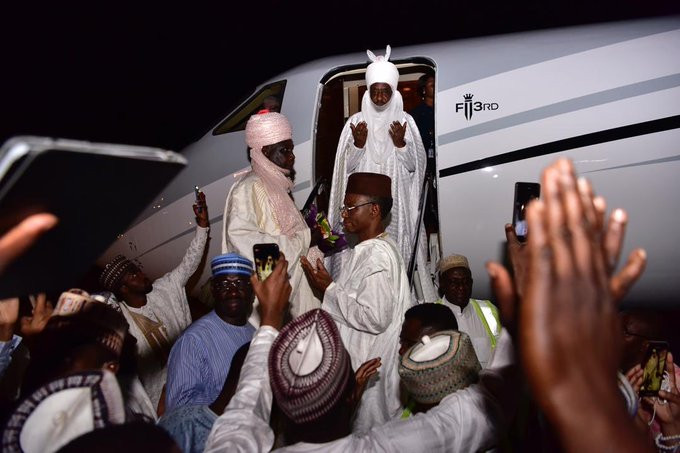 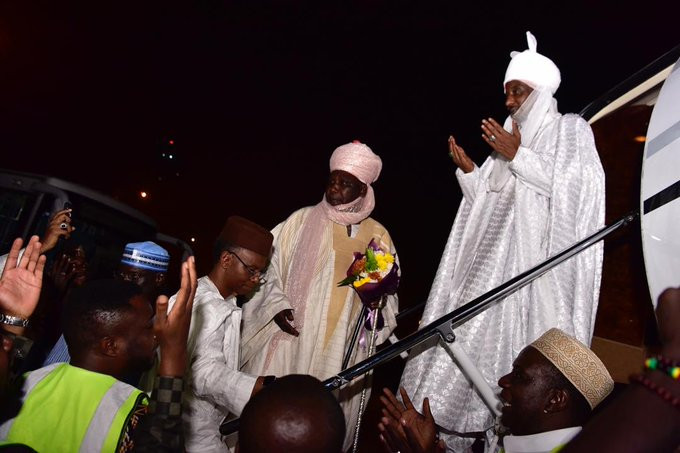 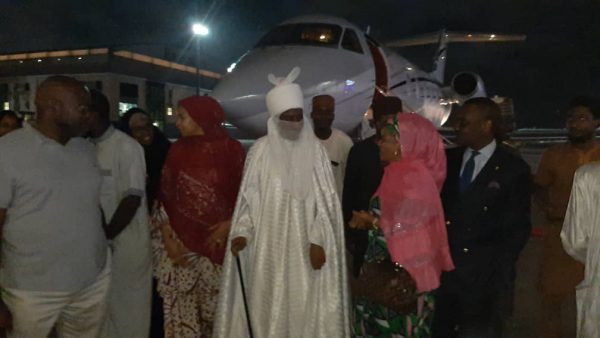