A teenage boy's life has ended drastically after he was reportedly murdered by her classmates. 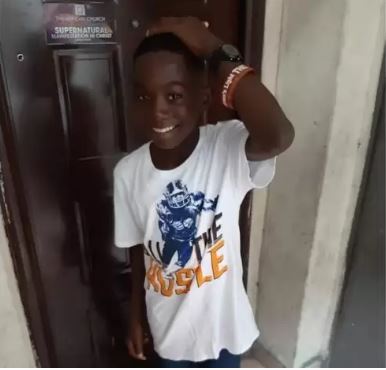 The murdered boy
A secondary school student in Rivers State has reportedly been beaten to death by his classmates right inside the school premises.
Information revealed by a Facebook user, Misspdd Wokoma, who is also related to the victim alleged that the Principal of Kings College of Commerce, and his son have a hand in the ugly incident which led to the death of the young student.
She also revealed that the principal suspects have since fled to an unknown destination since the news of the boys’ death got to the school.
“Death with so much guts and audacity, invaded our home and snatched our bright shinning star away. He was not sick, but died to the wickedness if humanity. On Friday last week, his classmates without any squabbles, ganged up and beat him."
Read the full story below: 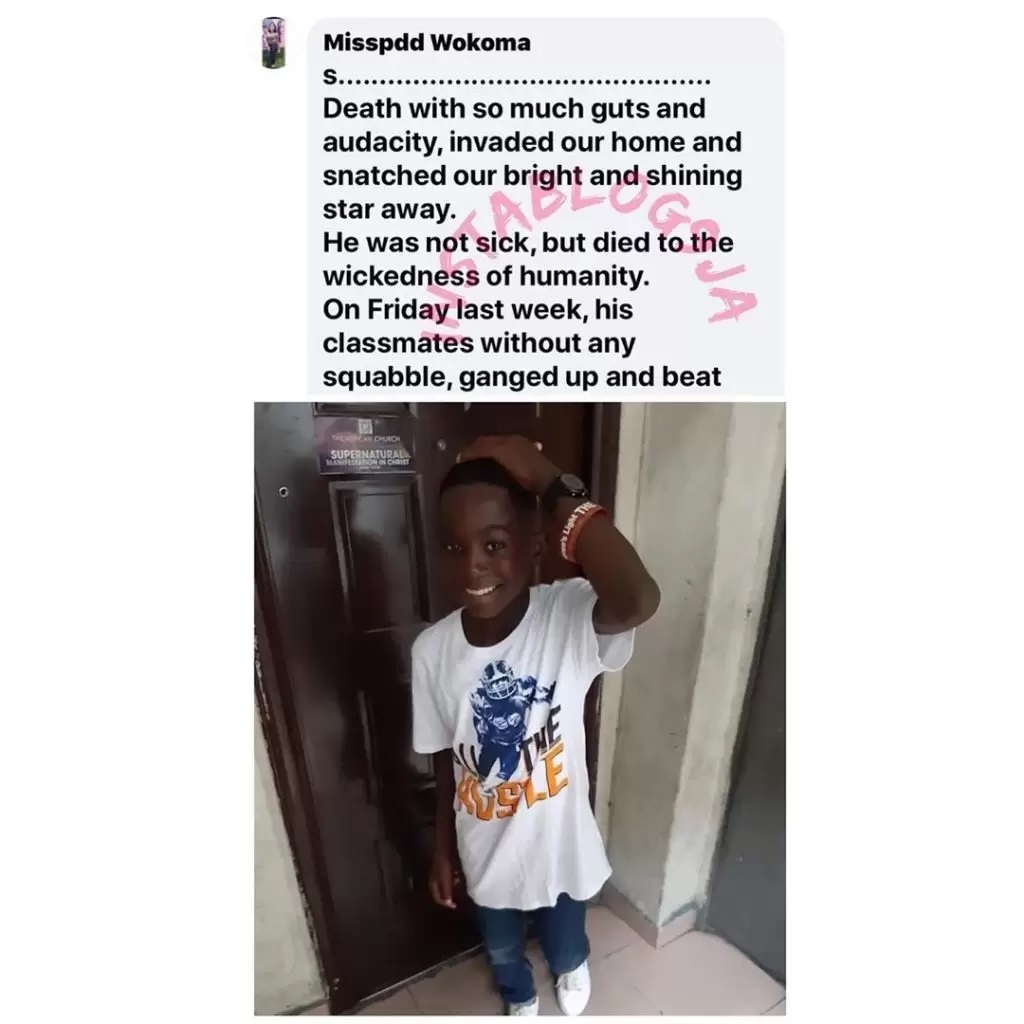 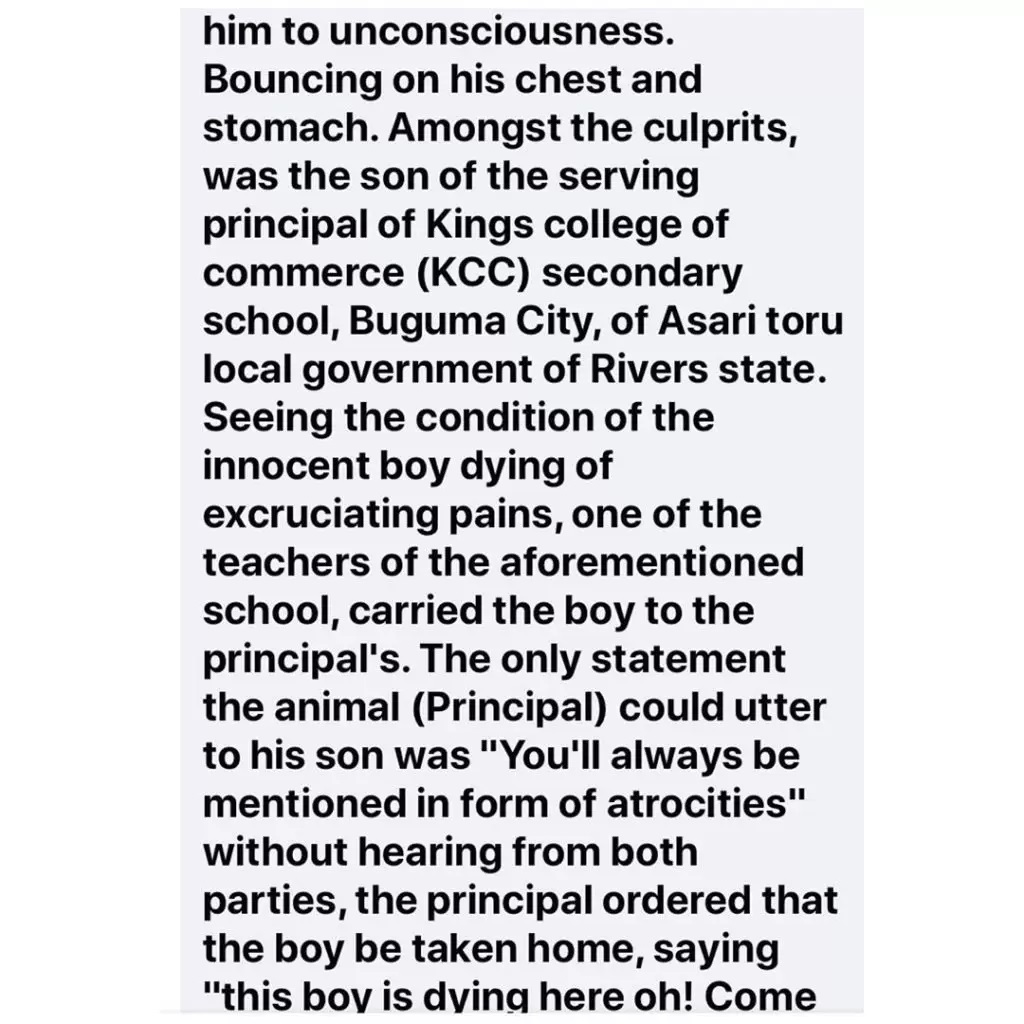 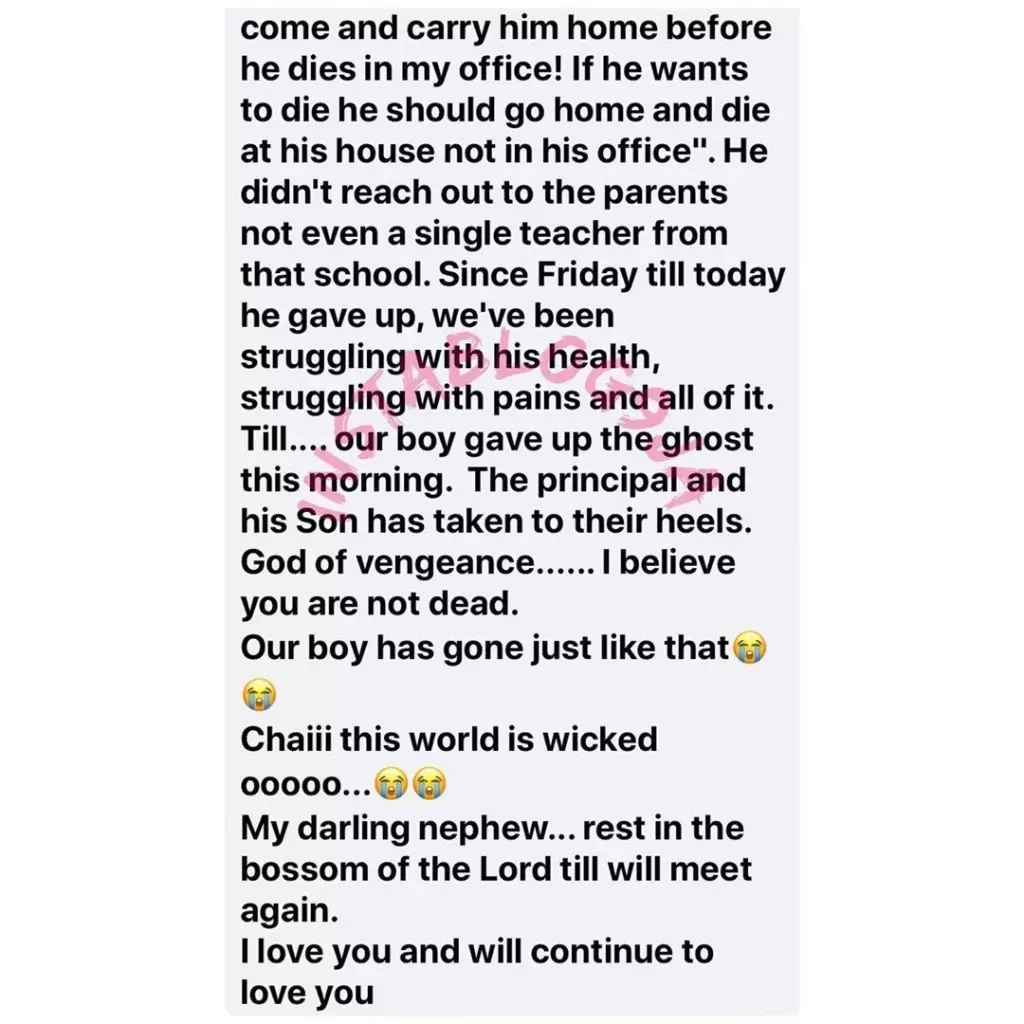 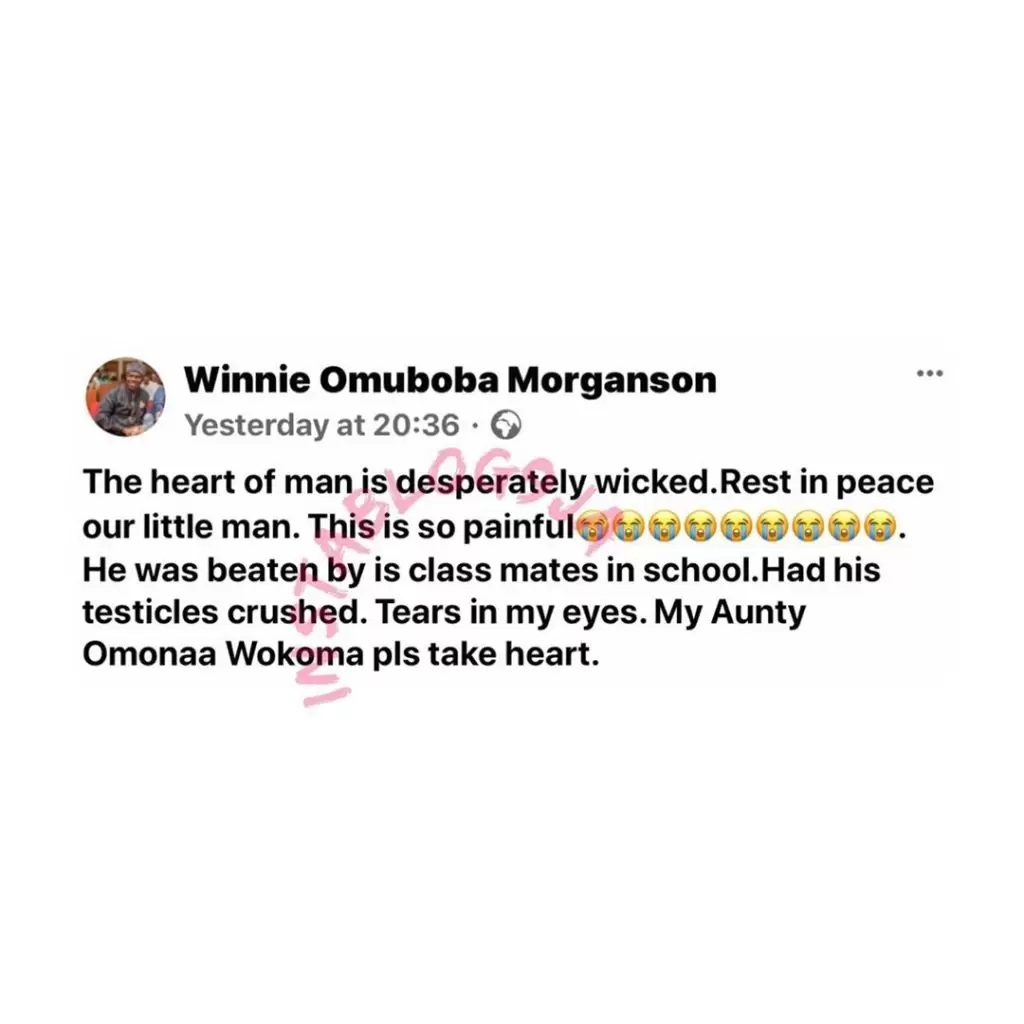