The Redeemed Christian Church of God has announced alterations to its services following the spread of coronavirus. 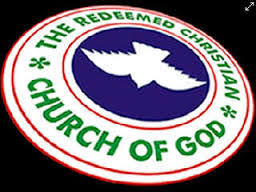 RCCG
The Redeemed Christian Church of God, RCCG has issued a new guideline for Sunday worship in the affected states in Nigeria in a bid to avoid the spread of coronavirus.
Recall that Lagos and Ogun state had issued directives ordering closure of religious centres with more than 50 gatherings.
A memo titled: “Slight alteration in the mode of service for parishes in Lagos and Ogun states” from the Assistant General Overseer (Admin & Personnel) Pastor Johnson Folorunsho Odesola and addressed to pastors-in-charge of regions and provinces in Lagos dated March 18, 2020, outlined the changes.
In the statement made available to the press on Wednesday night, Pastor Odesola said: “We refer to the directive from the Lagos and Ogun state governments placing a ban on all religious meetings and gatherings of more than 50 worshippers in Lagos, as part of the precautionary steps towards managing the further spread of the Coronavirus disease.
“In line with this directive from the government, the mission authority has instructed as follows:
1. Parishes that have an average of attendance of 50 members or less can hold their services without any alteration or changes.
2. Parishes that have average attendance above 50 members are directed to make use of their House Fellowship centres to run simultaneous services with the main church.
3. Parishes that have the facility to run more than one service can also do so, under the strict directive that worshippers won’t exceed 50 people per service.
4. One supervising minister and an usher could be seconded to each Centre for the collation of necessary reports (attendance, New converts, Newcomers, etc)
5. All centres are requested to connect to Dove Television to join the live broadcast from the General Overseer during the period.
Continuing, Pastor Odesola informed the senior pastors that the arrangement will remain in operation for the next few weeks, based on the position of the Government.
“You are therefore requested to convey the assurances of the continued prayer of the General Overseer to members, while also encouraging them not to panic in the face of ongoing crisis because God promised us victory over every battle at the start of this year,” the AGO in charge of Administration, maintained. 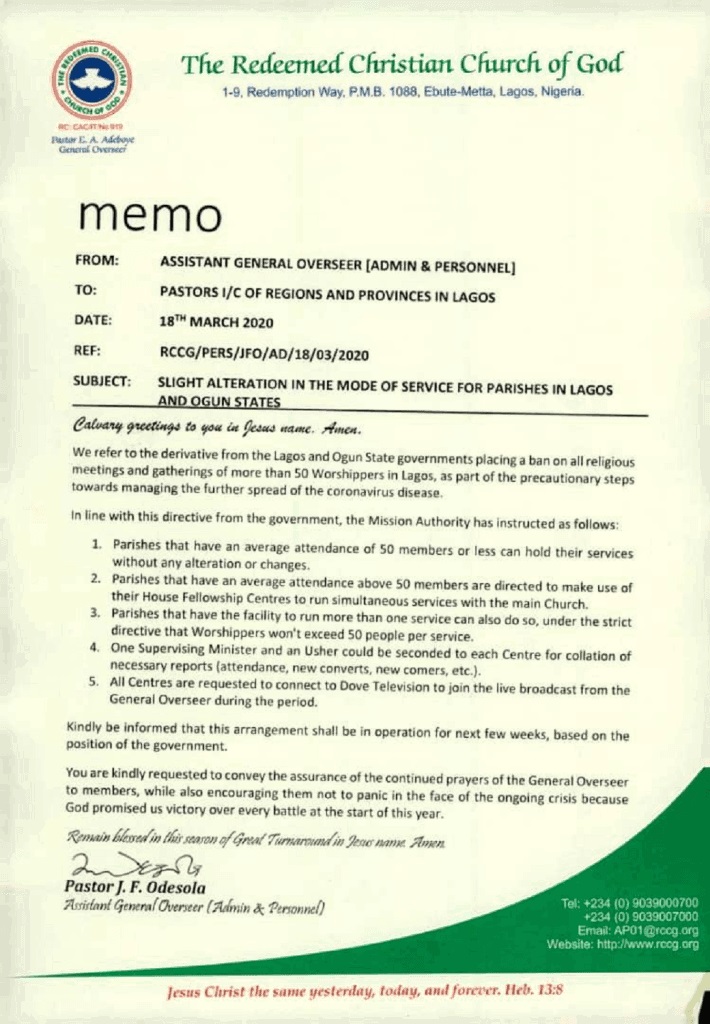