Revered Nigerian pastor, W.F. Kumuyi has gone on to hold his Deeper Life crusade despite government ban on gatherings. 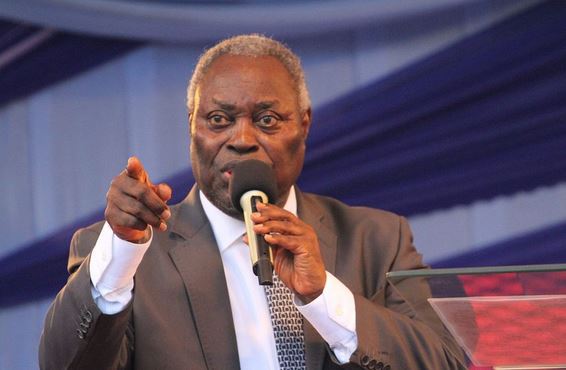 Pastor Kumuyi of Deeper Life Ministries, on Thursday night organized a ‘Power Night’ crusade despite instructions by the government to ban religious gatherings.

The Lagos government had on Wednesday placed a ban on all religious gatherings involving over 50 worshippers following the spread of the dreaded COVID-19 disease which has created tension in the country.

However, DLBC, held a vigil titled ‘Power Night’ in a 30,000 capacity hall in Gbagada area of Lagos state.

Pastor Kumuyi led the sermon while prophesying total recovery in the world.

Before the start of the program, a doctor was seen speaking on COVID-19 and precautions to take.

Ironically, one of the precautions by the doctor whose name was not revealed was keeping social distance.