A relation of the new couple that died in the huge blast that shattered Abule Ado has talked about how they died. 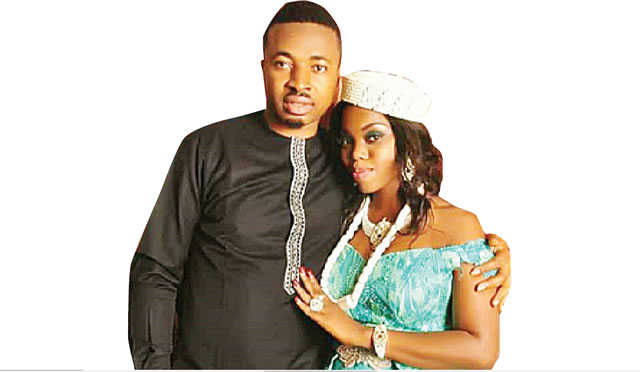 The couple who died in the blast

Christopher Olumba is brother-in-law of a young couple, the late Emmanuel and Chisom Uyamadu, who died in the fatal explosion that rocked Abule-Ado community, in the Amuwo Odofin Local Government Area of Lagos State, last Sunday. The late couple’s 18-year-old cousin, Chinenye Manafa, also died in the incident. Olumba tells ALEXANDER OKERE that the pain of losing three family members in one day has been traumatising for him and other relations

Can you tell me how the incident occurred?

Emmanuel and the wife went for a church service at 6am and returned home. His father is actually the owner of the house on 18, Gani Adams Road. I took my mother-in-law, my wife and kids to church for the 8am Mass. When I dropped them off at the church, I came back to the house to freshen up. I was actually in my bathroom when the blast occurred. So, I ran out. We were actually concerned about the pupils of the Bethlehem Girls College, so it didn’t occur to me that my relations were also affected.

I was at the college helping the kids when I got a call from my wife telling me that she had been calling her brother, his wife and their cousin and that they had not been answering their calls. So, a few friends and I went through the back to get to his flat but we couldn’t find anyone there. We also went to his mother’s place but didn’t find anyone there. We had to come out of the house and go in through the main entrance to the compound. While going in, I saw his corpse close to the gate and a part of his body was burnt. I think he was struggling to get out.

What about his wife?

I think she was resting her back on the fence before it collapsed on her. The cousin got burnt completely; we were able to recover some parts of her body like the head and hand. They were running out of the compound and on getting to the gate, he (Emmanuel) started struggling with it. There was actually fire in front of the compound, not inside. I think the fire consumed him while he was struggling with the gate. He used to attend Mass in Festac. I can’t actually say what took him to St Joseph that Sunday. It was obvious they were relaxing that day after church because he had his boxers on while the wife wrapped a piece of cloth around her body.

How did your wife and mother in-law receive the news of their death?

At that moment, my wife passed out and we had to revive her. The same thing happened to the mother. It was after taking them (deceased) to the mortuary that I broke the news to the mother and sister on the night of the incident. Emmanuel was closer to the mother. Both of them were best of friends. The mother always gave him everything he wanted, being the only son. The mother feels she has lost everything. That was why I had to bring her to my house to be sure that I can see her and she is safe. I am more like a son to her and she also has a daughter. Obviously, the vacuum created by his death can’t be filled. But we will just try our best.

What more can you tell me about him?

When I met the sister, he was still in school. He attended Anambra State University, Uli; he studied Banking and Finance. But I knew him and his family before that time. We used to live together in Ajegunle. In fact, we grew up together before he went to Government College, Enugu. The sister attended Mother of Perpetual Help Girls’ Juniorate, Issele-Uku, and later moved on to University of Benin, Edo State, where she studied Botany. He graduated in 2009. He was a gentleman to the core. From his photograph, it’s obvious he was handsome. He was a jovial type; I will miss that about him. We watched football together. He was a Chelsea fan – a die-hard one.

Did he tell you about any future project he had in mind?

We actually never discussed to that length because I tried as much as possible to respect his privacy. He travelled with his friends last Wednesday for a burial and came back on Friday before the incident happened on Sunday (March 15). I advised him when he disclosed things to me and he did the same.

The cause of the explosion has sparked off controversy. What do you think could have been the cause in your opinion?

As a resident, have you experienced a similar occurrence in Abule-Ado in the past?

We haven’t experienced that type before. We have experienced pipeline explosions but they were not as severe as the one that occurred on Sunday (March 15). Actually, there are pipelines near my late brother’s house. But to be sincere with you, with the depth of the pipes, I don’t see a truck going that deep. Moreover, the thickness of the pipes does not make them easily affected. I saw the pipes when they were being buried. They were new; they just changed them some time last year.

What are your thoughts about the relief fund set up by the State Governor, Babajide Sanwo-Olu, for the victims of the explosion?

Like they said, it is compensation. But one thing to note for sure is that money, no matter the amount, cannot bring back the lives that were lost or take the place of the people we have lost.

Do you want the state government to thoroughly investigate the cause of the incident?

I have accepted my fate, and my mother-in-law and my wife have done the same. We just want to move on with our lives.