The decision of the Ooni of Ife, Oba Adeyeye Enitan Ogunwusi to remain silent even though he has no heir after three marriages has left tongues wagging. 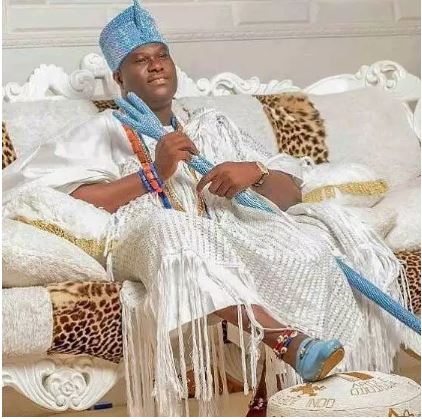 Ooni of Ife, Oba Adeyeye Enitan Ogunwusi
When the Ooni of Ife, Oba Adeyeye Enitan Ogunwusi found a replacement for his former queen, Wuraola Otiti, it was a welcome relief.
Then, the new queen, Oloori Silekunola Naomi, who was ushered into the ancient palace in October 2018, was said to be a 20-something-year-old virgin. Also, the pretty and young queen of Yoruba’s origin of culture and tradition, is an evangelist/prophetess.
That didn’t pose any problem for the monarch, who also attends church programmes whenever he was invited. As a matter of fact, when he welcomed his queen into the palace after all the rites, he put up a post on Instagram:
“I waited patiently upon the Almighty the King of kings, he eventually did it in the midst of many trials. Silekunola, Moronke, Naomi; the greatest Arsenal you can apply on this highly revered throne with many rules and regulations in the midst of undiluted tradition, heritage and culture is the ‘Fear of God in You’, which is the beginning of your wisdom on this throne of Oduduwa. You are welcome home my beautiful and adorable queen.”
Well, 18 months after this auspicious welcome, the queen is yet to produce an heir to the highly revered throne of Ile Ife.
Though Oba Adeyeye Enitan Ogunwusi has a daughter who is in her 20s and studying abroad, his first marriage to Adebisi Adebukola nee Bombata didn’t produce any children. They were married for eight years before the marriage crashed.
Though Adebukola was with him when he was installed the Ooni, the marriage could not sustain whatever pressure it faced and after the coronation, she dumped him and travelled abroad.
This crash made him seek the hands of Benin-born Wuraola Otiti in marriage. Wuraola became a full-fledge Ile Ife Queen in 2016.
That became his second marriage.
Though they looked the perfect pair, the marriage crumbled like badly stacked cards in 2017 amidst much drama on social media.
Oloori Wuraola, who was said to have had kids before she met Oba Adeyeye Ogunwusi Ojaja II, did not have any child before she dumped him and also packed out of the palace.
With two failed marriages which didn’t produce any heir, the whole of Ile Ife waited with bated breath for the new queen to make the gods happy. 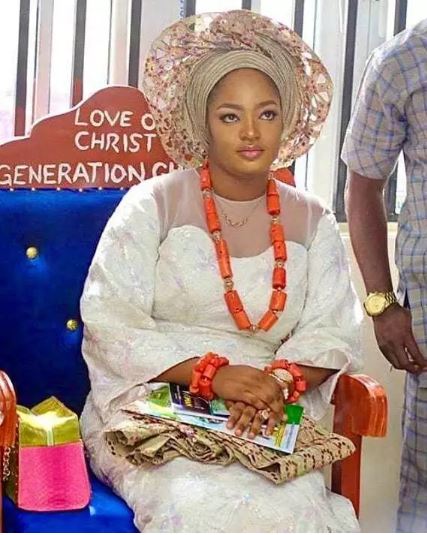 “Though the king has a daughter while he was a young man, there is the need to have an heir and more children in the palace. The people want an heir to the throne. Nobody prays for the Ooni to die young, he shall rule till he is 100 years but there is much joy when we see kids running around in the palace and when the people know that there is an Aremo (heir).
“He has been good to the people of Ile Ife and everyone prays that Queen Naomi becomes a mother soon and produce heirs to the throne. She is young, godly and very unassuming. The palace staff love her and hold the royal couple in high esteem. We pray they start a family soon,” a palace staff revealed to Kemi Ashefon.
Meanwhile, queen Naomi goes about her ministry as a prophetess in Akure and Ile-Ife respectively. The beautiful queen was initiated into ministry at 18 years and she also sings.
With a youth empowerment scheme in place, her ministry, En-Heralds, is an interdenominational ministry which is headquartered in Akure, the Ondo State capital.
She also extended her religious programmes to hold in the palace where praise and worship sessions are held to lift up the name of God.
Still her beautiful self, the 27-year-old queen was rumoured to have been pregnant in 2019 but her recent outings didn’t indicate any baby bump.
“God is the creator of all good things including children. We can only try but God has the final say. We pray the royal couple to be fruitful and multiply soon. It is the wish of the people and also that of the king,” the palace source reiterated.
Source: Kemi Ashefon
Top Stories