Shocking! Catholic Priest Found Dead Inside His Car In Anambra


In what will come across as a really startling development, a Catholic priest has been found dead in his car. 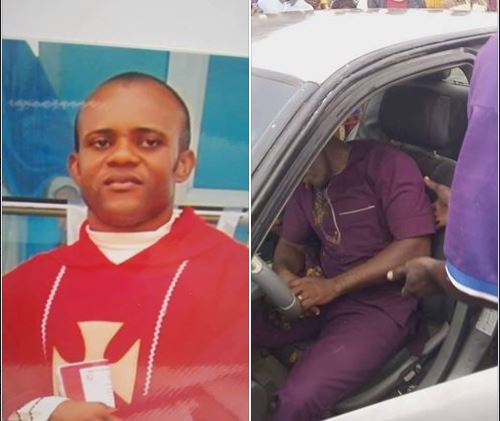 The priest was found dead

Local repprts show that prior to his death, the Catholic Priest who managed Fr. Ohai Memorial Secondary School in Oroma- Etiti attended the regional meeting of his region of the Archdiocese on Monday March 23. He reportedly showed no sign of ill-health and participated actively in the meeting.

Rev Fr. Charles Okeke-Odogwu was found lifeless at the front of vicarage gate, with his car engine still running. From the photos shared online, it was gathered that the Catholic Priest vomited before he died.

MC Ikebobo wrote: "A Roman Catholic Vicar of Holy Cross Parish, Oroma-Etiti in Anam, Anambra State was found dead in his car at the front of Vicarage gate.

"The priest identified as Rev Fr. Charles Okeke-odogwu was found dead before the gate of the vicarage on the steering. It is still unclear what killed the priest. 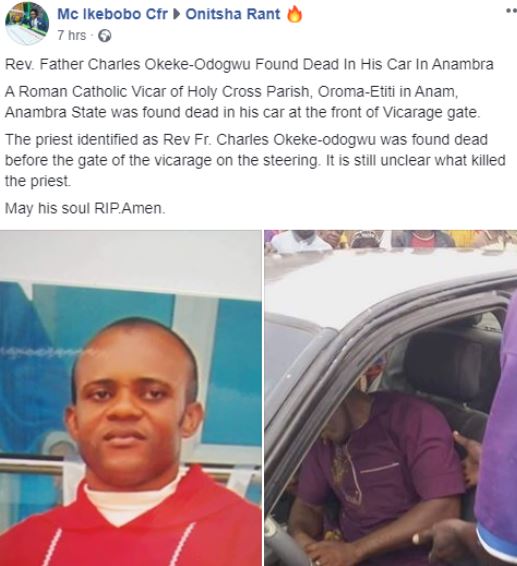