A man who reportedly killed his wife and stayed with the corpse for some days has finally broken his silence. 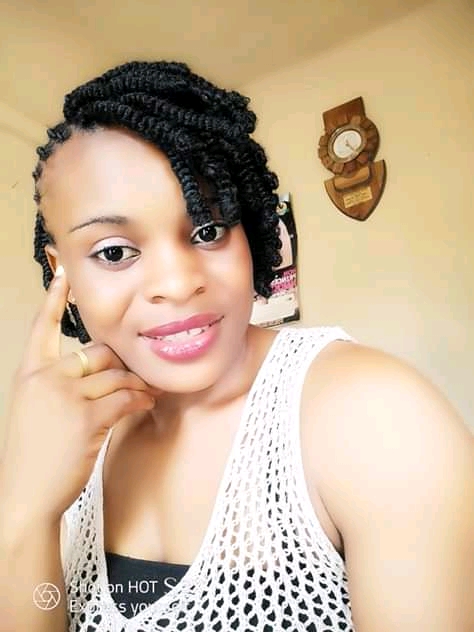 The woman was reportedly killed by her husband
A 49-year old man, one Ikechukwu Atansi, who was arrested by the Anambra State Police command for the alleged murder of his two months pregnant wife has broken his silence.
The man while speaking, claimed that unknown men killed his wife and he doesn't know the identity of the killers. He said that he stayed with his dead wife for three days because he had low battery and couldn't call anyone to notify them of his wife's death.
Ikechukwu was accused of murdering his wife and locked himself up with her corpse for three days.
State’s police spokesperson, Haruna Mohammed who confirmed the incident said the Central Police Station Awka received a distress call at about 8:30am on Thursday March 26, about an unusual odour coming out from Atansi’s room.
A decomposing body of a woman, later identified as Mrs Uchechi Atansi aged 31 years, was spotted at the scene when police officers gained access into the apartment.
Also marks of violence was spotted on the body of the victim and blood spilled all over the room was admitted as evidence when detectives analyzed the scene. 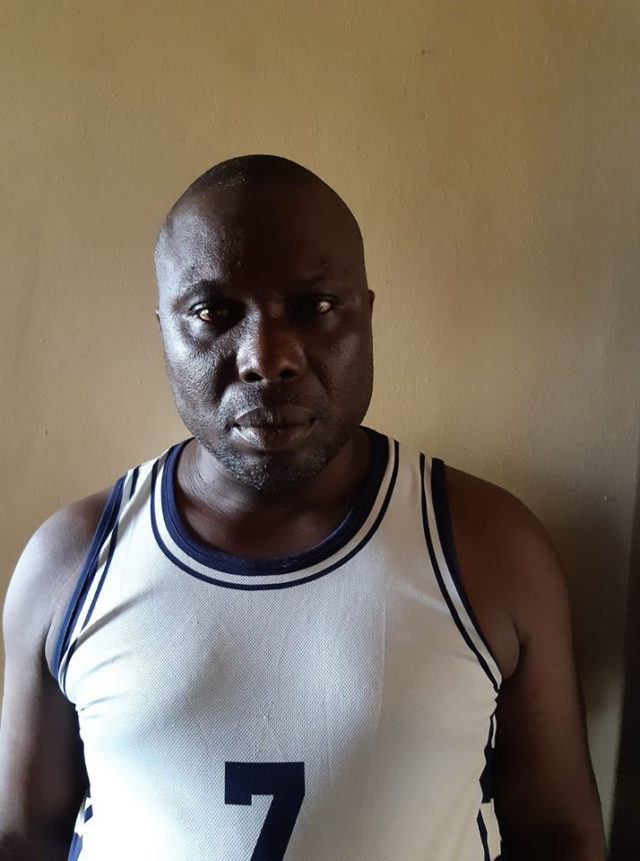 Haruna said,
“Surprisingly, however, the deceased husband one Mr Ikechukwu Atansi aged 49 years of Umudum village in Isuanochia was right inside the room with the deceased when the door was opened and could not give a satisfactory account of what actually transpired.”
“Instead, the husband claimed that he was injected with a substance by unknown persons who must have killed his wife.
“The husband was subsequently arrested and he is assisting the Police with useful information to unravel the circumstances surrounding the incident.”
Upon being interrogated, the suspect who lives in Umueze Village in Amawbia community claimed he slept for three days without knowing what happened to him.
According to him, it was during that time some unknown persons came in and killed his wife. Atansi also gave an excuse of not communicating with anyone at that time because his phone’s battery was dead.
The Commissioner of Police Mr. John B.Abang has ordered for immediate transfer of the case to the State Criminal investigation department(CID) Awka for discreet investigation.
Also, the immediate younger brother to the deceased, Onyebuchi John Paul, also gave an update of what happened on his Facebook wall. 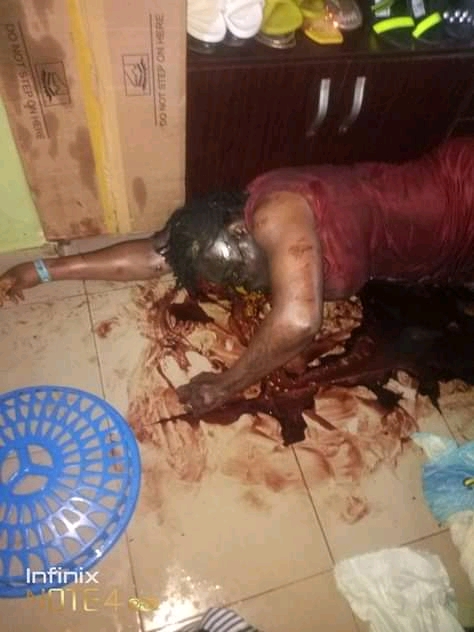 Read below.
Dear compatriots am writing this with a heavy heart, a heart that seeks for justice and wants the law to take its full place about what I will say. Please I want all Human right activist, lawyers to help us out on this. I am by name Onyebuchi Johnpaul from Achalla village, Enugu-Agidi town, Njikoka L.G, Anambra State.
One of my immediate elder sister Mrs. Rita Onyemauchechukwu Onyebuchi who did her traditional and marriage rites on 10th January 2020 married to her husband Mr Ikechukwu popularly called "Agbada" from Isu Aniocha village in Awka north LGA in Anambra State. My sister and i were staffs of Philip Smith Security Limited in Awka.The deceased (my sister) failed to be at work on Tuesday 24/3/2020 at Philip Smith security limited awka, which has never happened before because she is always at work and dedicated staff of the company. Following her absenteeism at work on Tuesday i put a call to my sister on her phone but it was ringing and she wasn't answering her phone calls.She never responded to those calls and never returned the calls which is unusual. I continued calling her even when i dismissed from work but still ringing no response. After work hours i made way to her house where she is living with the husband at Chima's compound in Ezimezi village, Amawbia on reaching there i saw that the house was locked and the husband's car is not in the compound, after several knocks and banging at the door no responds too.I decided to head home and requested that the husband's number should be sent to me by. The husband number was sent and i called the husband but his number was switched off.
On Wednesday 25/3/2020 i went to work as usual but still my sister was absent unlike her because she was always punctual to work. I still called but her phone kept ringing no response. I even called all her husband number but it was switched off.
That Wednesday i look left work very late so i couldn't stop over her house to check. So i informed my mom who said she has been calling her too but no response and also that her son-in-law (my sister husband) phone was switched off. 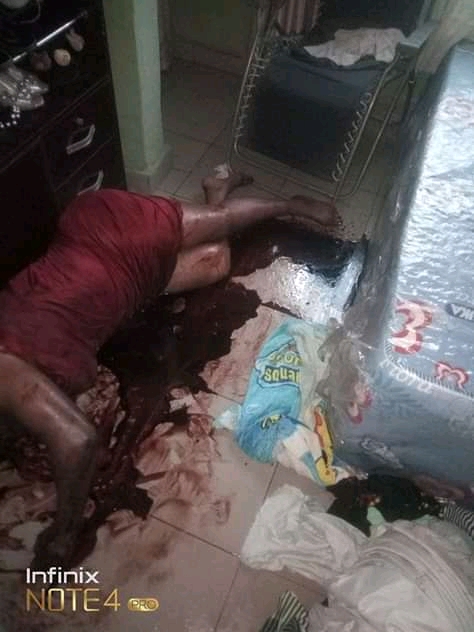 on Thursday 26/3/2020 I decided to stop at their house before going to work.Reaching the compound i saw police men in the compound and crowds gathered. When the special crime unit of the police arrived i was taken to the room to find the dead body of my sister MRS RITA ONYEBUCHI laying in pool of blood . And the body has started to decompose. The whole place was smelling and blood all over the bedroom. I was shocked i couldn't tell my mom at that point who also came to know why her daughter wasn't answering her calls. Mama was suffering high blood pressure that why i couldn't tell her then and pleaded that people should take away from the place. My sister was 2 month pregnant as i was writing this story. Please I want the human right activist and lawyers to come into this matter and make sure that the suspect is brought to book to face the law. The suspect is the husband Ikechukwu by name popularly known as Agbada from Isuaniocha he lives with his wife Rita Onyebuchi at Chima's compound in Ezimezi village, Amawbia.
Please forward this.
And Share please
Any human right lawyer that is willing to help should contact Me Onyebuchi Johnpaul (Immediate Brother To the Deceased) via 0813492 0440
My sister need justice
#JusticeMustBeServe
#HumanRight
#PAINFULDEATH
Watch video below:
Top Stories