A wedding ceremony has been crashed by police officers who arrested the groom and his bride for flouting lockdown order. 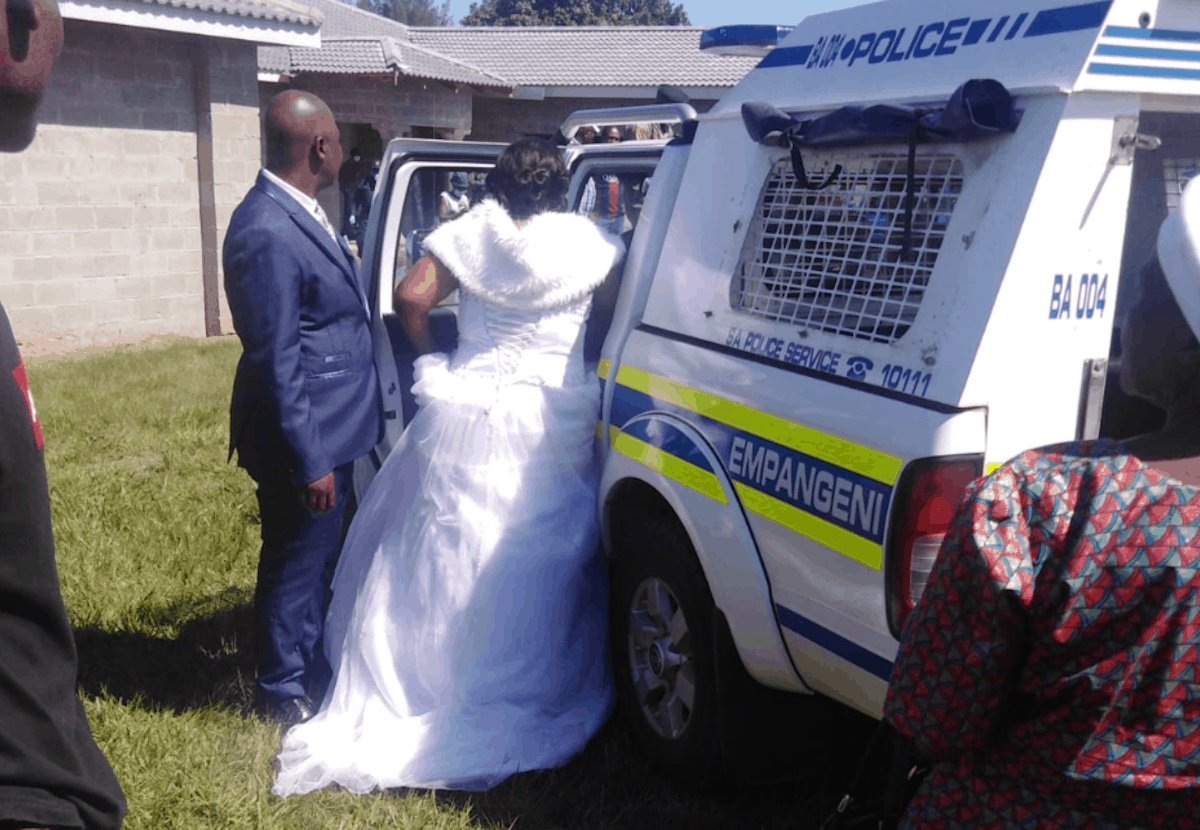 Bride and groom arrested on their wedding day
South African police officers have arrested a bride, groom, priest and over 40 guests for violating the lockdown order in by holding their wedding in Richards Bay, a town in KwaZulu-Natal.
The police officers effected the arrest in the middle of their ceremony, and those arrested are being held in police cells at Empangeni Station.
SAPS National Spokesperson, Brigadier Vishnu Naidoo who confirmed the arrest said prosecutors will guide the police on charges the suspects will face.
Naidoo said;
"People are still taking chances, not realising the seriousness of this virus.
"For now, I don't think they can have any reasonable explanation for continuing with that wedding. We will be interviewing each one individually.
"The charges will be put to them, they have definitely contravened the regulations of the Disaster Management Act.
"The prosecutor will guide us on exactly which charges will be preferred against them. I don't think we can be expecting any explanation from them at this point in time unless we have spoken to the senior prosecutor."
It is expected that those arrested for violating the lockdown order will be arraigned in court today, April 6.
The South African government had announced a 21-day total lockdown over Coronavirus, which began from midnight on March 26, 2020. President Cyril Ramaphosa says it is necessary to "avoid a human catastrophe" and he instructed the army to enforce the restrictions.
Here are more photos and videos below:

A couple arrested on their wedding day at Nseleni in KwaZulu-Natal for violating the lockdown rules and regulations as they decided not to postpone their big day 4 pic.twitter.com/c9CuZz6gzr