Suspended LGA chairmen in Imo state have decided to deploy legal means to fight Gov Hope Uzodinma after he relieved them of their duties. 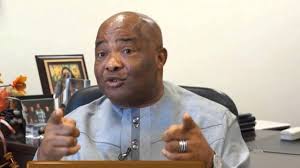 Suspended Local Government chairmen in Imo State have berated the state governor, Hope Uzodinma, for appointing interim chairmen for the 27 LGAs in the state.

The embattled chairmen said it was wrong for the Governor to disregard the provisions of the law.

They described the Governor’s constitution of an interim management committees as unlawful and illegal.

The ALGON chairman, Emeka Osuorji told DAILY POST that they would continue to apply legal means until justice was done, recalling that the immediate past government of Emeka Ihedioha also turned deaf ear to their agitation.

“We thought that the Governor, as a product of law and justice and of course, as a Governor of our great party, APC, will do things differently.

“Since the Governor has refused to obey the law, by illegally appointing the transition committee chairmen, the ALGON is more determined to use every legal means in reclaiming our mandate.

“We were elected into office through a validly conducted Local Government elections of 25th August 2018 hence, should be allowed to finish our tenure,” he said.

Meanwhile, the new Interim Management Committee chairmen of 27 LGAs in the state have been sworn in by the Governor, Senator Hope Uzodinma.