A soldier has come to the rescue of some boys after they were extorted N50,000 by a police officer. 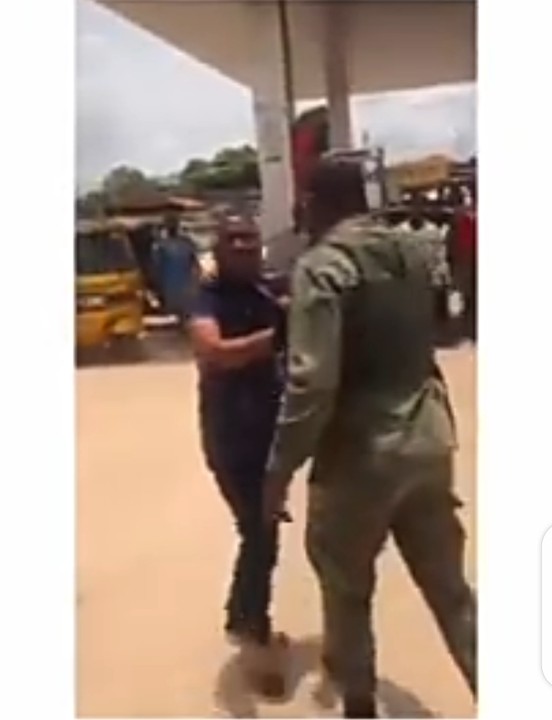 The soldier dragging the police officer during the altercation
A Police officer on mufti has been dealt with by a soldier after he allegedly extorted N50,000 from some boys.
It was gathered that the police officer collected the money from the boys after finding nothing on them.
He then forgot his phone in their car while counting the money. When he went back to get his phone, an army officer came to the rescue of victims.
The incident happened in Nigeria. 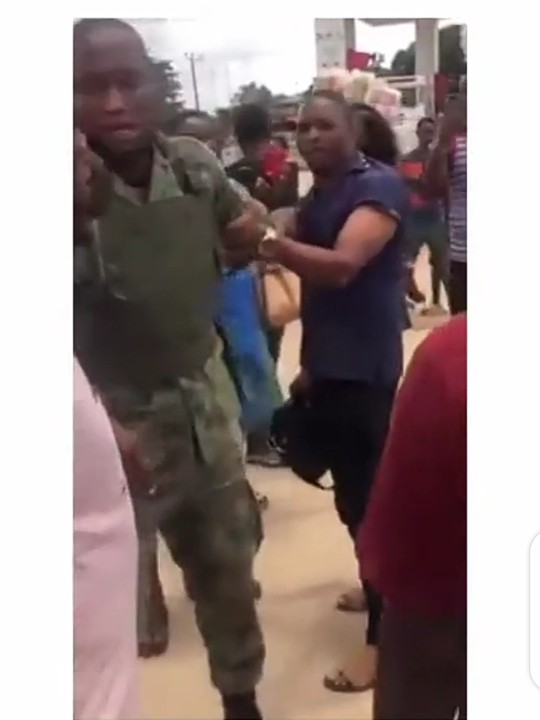 . . A Police officer who Extorted N50k from some boys after finding nothing on them, forgot his phone in their car while counting the money. he went back to get his phone,but unfortunately for him an army officer came to the victims rescue.