Former United States president, Barack Obama has publicly endorsed Joe Biden ahead of the US election in November. 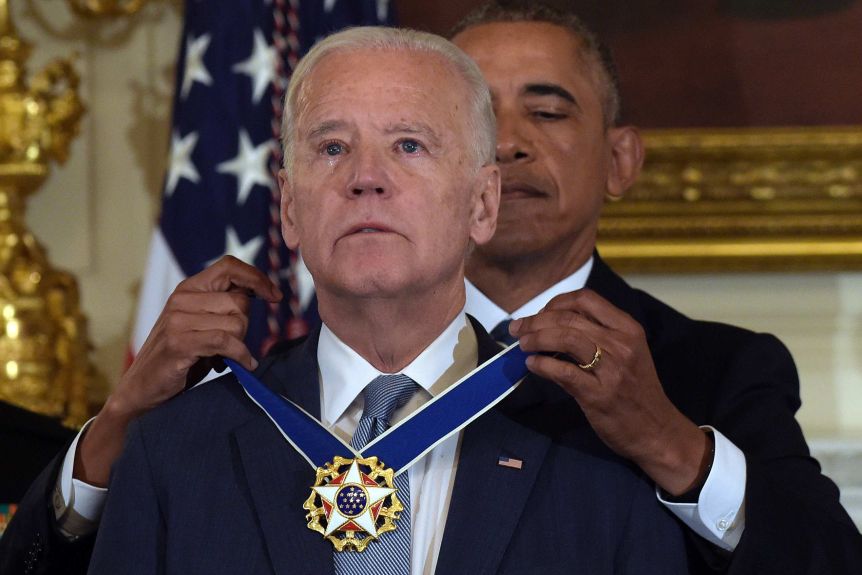 Former President Barack Obama has endorsed his former vice president, Joe Biden as the Presidential candidate of the Democratic party and the President of the United States.

In a video message he shared on his social media accounts, the former US President urged Democrats to rally behind Biden and form a unified front to defeat President Donald Trump and win back the White House.

Obama also stated that Trump and Republicans in the Senate are solely interested in power, not making progress for Americans.

The endorsement came one day after Sen. Bernie Sanders, offered Biden his endorsement during a livestream. Sanders ended his campaign for president last week, leaving Biden as the apparent nominee.

"Choosing Joe to be my Vice President was one of the best decisions I ever made, and he became a close friend.

"And I believe Joe has all the qualities we need in a president right now. He’s someone whose own life has taught him how to persevere; how to bounce back when you’ve been knocked down.

"Through all his trials, he’s never once forgotten the values or the moral fiber that his parents passed on to him, and that made him who he is. That’s what steels his faith  in God, in America, and in all of us.

"I know Biden will surround himself with good people, experts, scientists, military officials who actually know how to run the government and care about doing a good job running the government, and know how to work with our allies, and who will always put the American people’s interests above their own.

"And that's why I'm so proud to endorse Joe Biden for President of the United States."

Biden responded to the endorsement on Twitter, and he wrote;

"Barack,This endorsement means the world to Jill and me. We’re going to build on the progress we made together, and there’s no one I’d rather have standing by my side."

The endorsement marks the public re-emergence of Obama into the political arena. The former president kept a low public profile throughout much of the Democratic nomination fight, but he was active behind the scenes.

In recent weeks, he had several calls with Sanders, as part of discussions that also included Biden about how best to unite the party, sources familiar with the discussions told NBC News last week