A woman shared her experience with the father of her kids who cheated on her with 30 women including when she was in labour with their child. 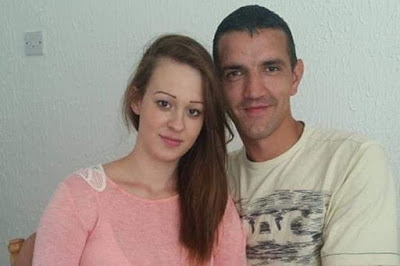 A man has admitted to cheating on his girlfriend with 30 women  including while she was in labour having his baby.

Coral Gibb, 23, has hit out at "love rat" Steven Lee, 34, who missed the birth of their second child as he had another woman in their bed.

"He ruined the happiest day of my life," said Coral, of Lowestoft, Suffolk.

Her suspicions were first aroused when her waters broke and she popped home to quickly pack a hospital bag.

Sheepish Steve appeared flustered at the top of the stairs and insisted she leave immediately.

It was only while on the way to hospital and having contractions that she realised why he'd wanted her out of the way because he had another woman in their bed.

She gave birth to their baby Bella and when he turned up an hour later, Coral confronted her boyfriend of five years  and he admitted he was having an affair.

"He had a cuddle with our baby but then I was so thirsty I asked him to get me a cold drink," Coral said.

"While he was gone I scrolled through his phone as I was so suspicious  and found countless emails between him and another woman. It was obvious what was going on.

"When he came back I went berserk demanding to know what's been going on and he admitted he'd slept with another woman and said he was sorry.

"It was too late, I couldn't trust him."

She added: "He was cheating on me while I was in labour so what else would he do?

"It was unforgivable and I made the right decision because later he admitted he'd slept with around 30 people while we were together.

"I don't know how he found the time but that was it, he moved out the next day when I came home from hospital with our baby girl.

"He's a nightmare,a true love rat. He kept apologising and begged me back but I would never go back to someone who could do that."

Coral began to suspect something was amiss when Steve, who she'd met in a nightclub at the age of 17, began vanishing on nights out.

"He was always so attentive when we first got together and we had a great life going out and partying all the time," she explained.

"But it wasn't long before I began feeling unwell and discovered I was pregnant. I was worried about what Steve would say as it was so soon, but he was thrilled."

Coral had a baby boy, Buddy, but needed four blood transfusions as her placenta broke away during the birth causing her to haemorrhage.

"When I came round, Steve was holding our baby and looked terrified. He said he'd thought I was going to die and told me how much he loved me. I was so happy."

Back home Steve, a factory worker, did everything for Coral and Buddy while she recovered, but as soon as she was better he began going out with friends.

"I loved being a mum and looking after Buddy, but Steve wanted to be out all the time, drinking and having a laugh with his mates," Coral said.

"I think he thought I was a little boring now I'd had a baby. He'd ask me to join him but I just wanted to stay home with Buddy."

The couple were drifting apart but then Coral discovered she was pregnant again.

"I was thrilled," she said "Buddy was around 18 months and I began sorting through his things to see what we could use for the new baby.

Coral is now single but sees Steve every day when he comes to visit the kids.

"He's a great dad," she said "But he's a terrible boyfriend. I don't want to share my man with another woman  let alone 30 of them!"

Steve said: "I've slept with around 30 women, it happened when I was going out with my friends. I didn't think about it at the time but when Coral found out it was bad.

"I do regret it,it's quite disgusting isn't it? We split up after five years when Bella was born. Coral was very upset but we are friends now because of the kids. I have a girlfriend now and have learnt my lesson, I would never act like that now."