Photos Of Homosexuals Caught In The Act In Imo State


Two gay boys were allegedly caught in the act and disgraced in Imo state. 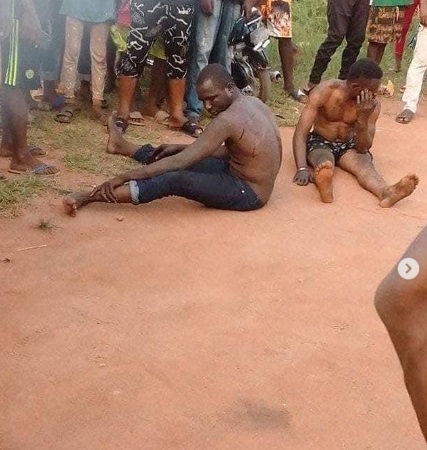 Faces Of Homosexuals Caught In The Act In Imo State

They were caught by security men who had traced them to the spot of their fun.

One claimed the other one was the first to pull his clothes before he began giving him from the back before they were caught.

3 packets of condoms, different brands and an ID card was recovered from them. They are also well known in the community.