A pastor has found himself in trouble after allegedly raping an epileptic girl in Ondo. 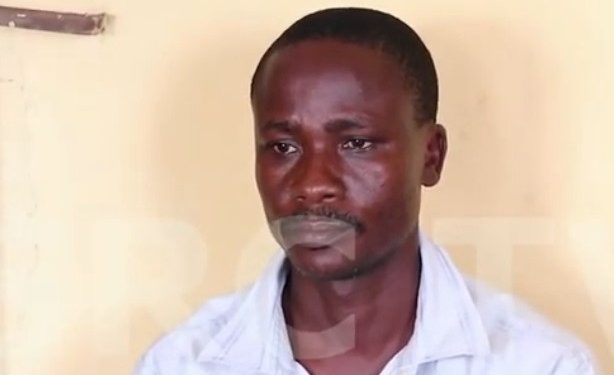 Pastor Alatake
General Overseer of the Holy Ghost Mission Church, Pastor Peter Alatake, has been arraigned before an Owo Magistrate court in Ondo state.
The clergy man was arraigned for raping a 16-year old epileptic secondary school student.
The victim was said to have been taken to his church for deliverance but Pastor Alatake ended up raping the girl severally.
Pastor Alatake was alleged to have raped the girl between the 15 and 20th of April and it led to the victim developing complications in her vaginal and anus.
A medical test conducted at Medical Centre, Owo confirmed the complications before the suspect was arrested.
Alatake was arraigned on a one count charge of unlawfully having carnal knowledge of a minor, an offence punishable under section 357 of the criminal laws of Ondo state.
He pleaded not guilty after the charge was read to him and the state Attorney General and Commissioner for Justice, Adekola Olawoye announced the decision of the state to prosecute the case.
Counsel to the suspect, Aderemi Adetula, however pleaded for bail in view of the ongoing decongestion of prisons and promised to provide credible sureties to ensure his client is available for justice.
Presiding Magistrate, Olubumi Dosumu, granted bail in the sum of N500,000 and two sureties in like sum.
The sureties, according to Dosumu, must be a general overseer of a reputable church in Owo and a Director in the civil service with national identity card, evidence of one year tax clearance and landed property in the magisterial district
The case was adjourned to June 18, 2020 for further hearing based on the advice of the Director of Public Prosecution.
Top Stories