Zambian police officers has summoned a father for beating his son after he missed maths and english exams but got an A1 in music. 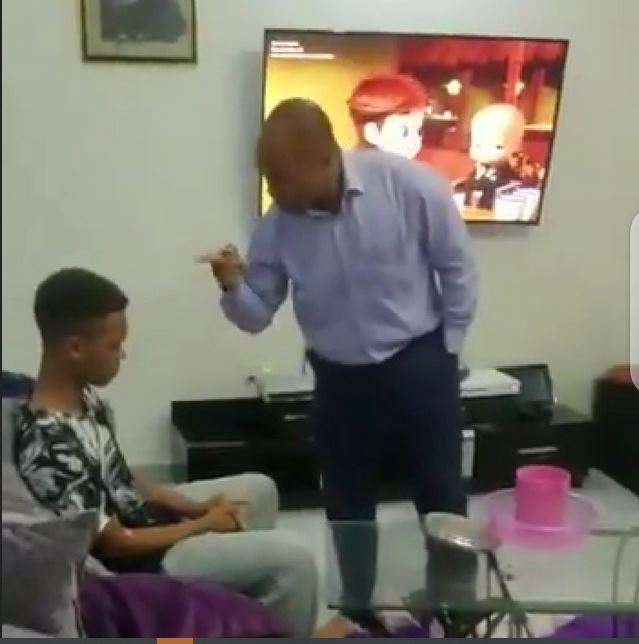 Social media users are reacting to a viral video of a man giving his son multiple slaps after the boy, failed to sit for his Maths and English exams, failed other courses but got a distinction in Music despite the father paying $21,000 as tuition fees in the American International School of Lusaka, Zambia.

In the video which was probably recorded in 2018 and recently surfaced, the angry father is seen beating the boy while scolding him.

''I told you this is a scar on your entire life, do you know the reputation this gives you? You can't read? You are a big boy you can't read?' The father said.

A woman was recording the episode while begging the father to stop beating the boy, but the man faced her and said ''How can you say I should stop beating him, you know what this means..''

After answering the said woman, he then slapped the boy again and said ''You can't read, don't talk to me again' That's the result you bring to this house? Look at the result you brought? You idiot!

According to new reports, Police in Zambia summoned the father identified as George Bester, to appear for ''Investigations'' on April 20 2020, after the video went viral online.

See the school result below; 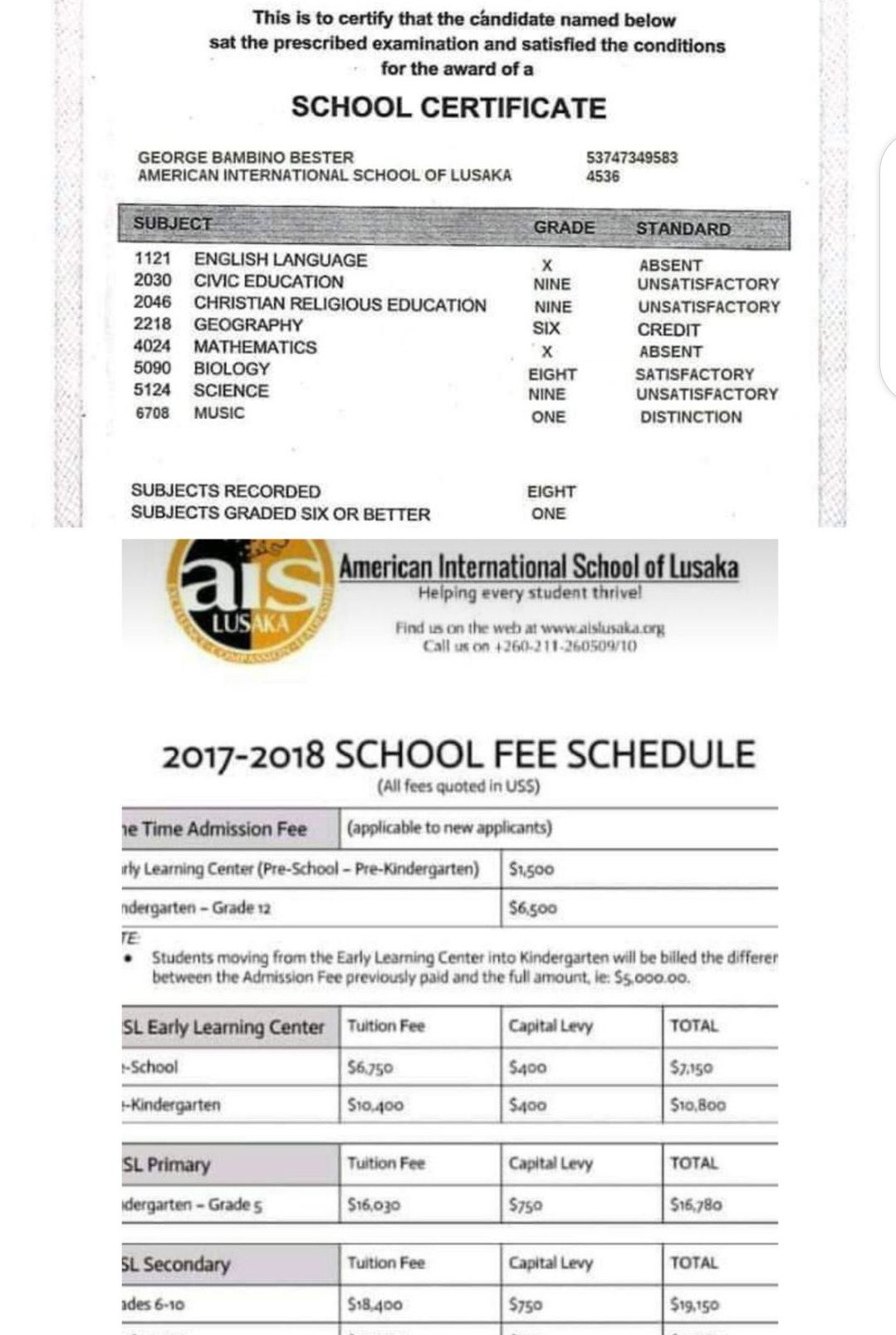 Social media users have been reacting to the video, with some siding the father while others say he should just support his child's music career.

beating his son for missing English and Maths Exams but getting an A in music after he paid $21,000 school fees, was published online

See reactions on social media below;

While growing up, you’ll come home as second in class and your father will still ask “The person that took first, does he have two heads?”

Is that the kind of house you want to say you skipped Maths and English exams after paying 21k USD fees?

Dad: I spend 21k USD on you. Please don't disappoint me. Make sure you attend classes early and read your books. I want you to have distinction in all the subjects you'll be offering.

In an African home, after spending 21k USD on school fees then you skip your Maths and English exams, this is what to expect when you come home 😂😂 pic.twitter.com/BtxJgK2W5y 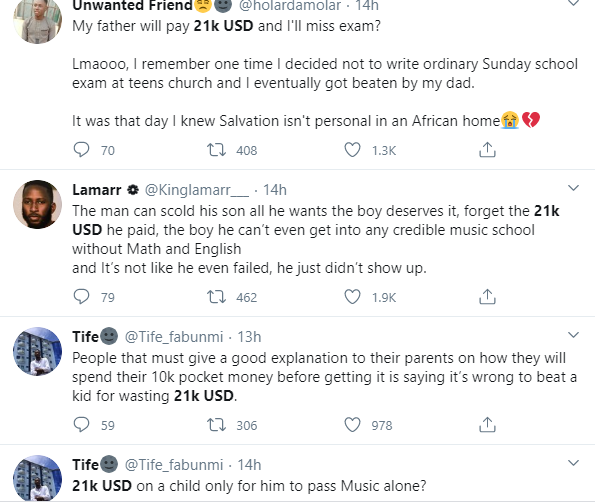 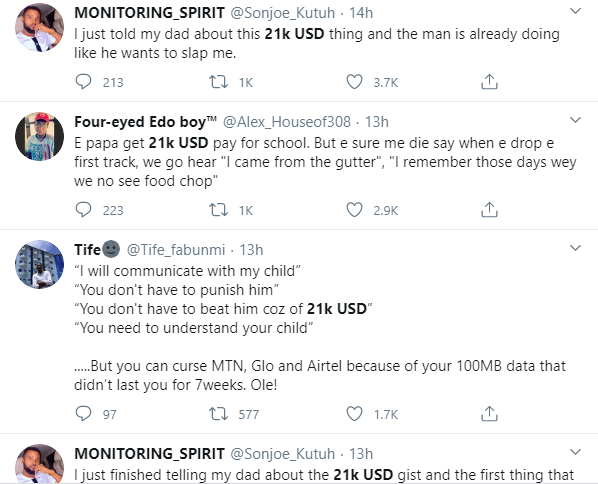 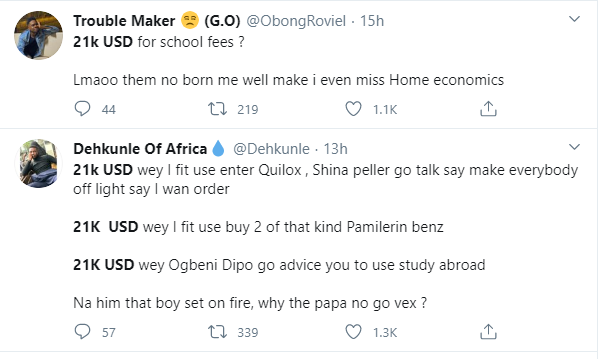 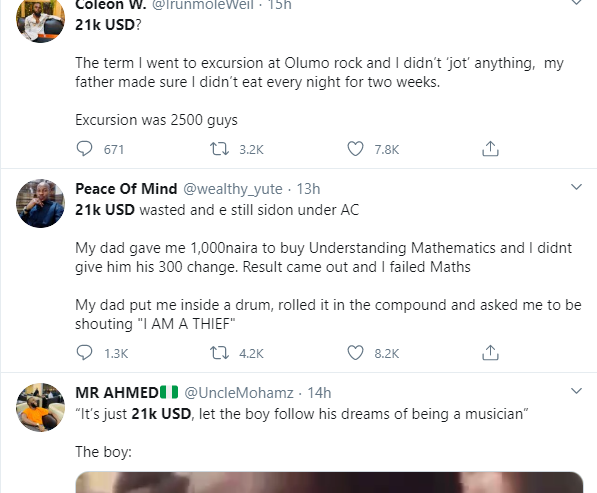