Two police officers have been caught on tape exchanging blows after a disagreement over bribe in Edo. 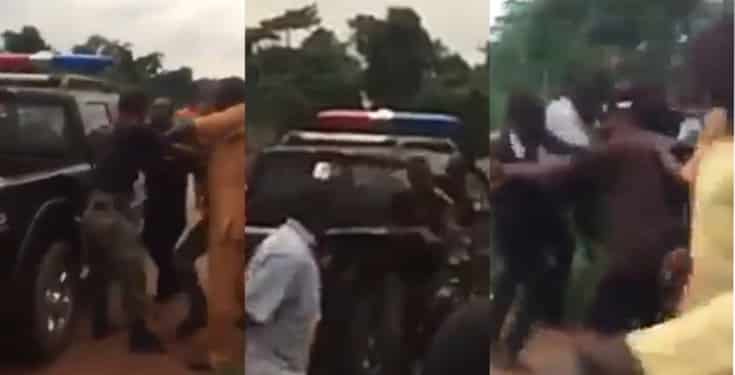 Police officers fighting in Edo
Two Nigerian police officers have disgraced themselves in public after they were spotted in a video exchanging blows and throwing themselves to the floor over bribe in Edo State.
Information gathered revealed that the two officers got into a disagreement over who has the right to collect bribe from okada riders.
In the video, some people who gathered around the scene tried to stop the officers from throwing punches at themselves all to no avail.
Watch the video below:

Nigerian police officers fight over bribe money in Ebelle, Edo State. ........ Reports gathered that the two officers got into an argument over who will be collecting bribe from okada riders, hence, the fight. ............. Follow @mediagist for more updates @mediagist #mediagist