The suspect of Gobirawa village, was arrested by a team of policemen attached to the Mashegu Division while trying to escape. 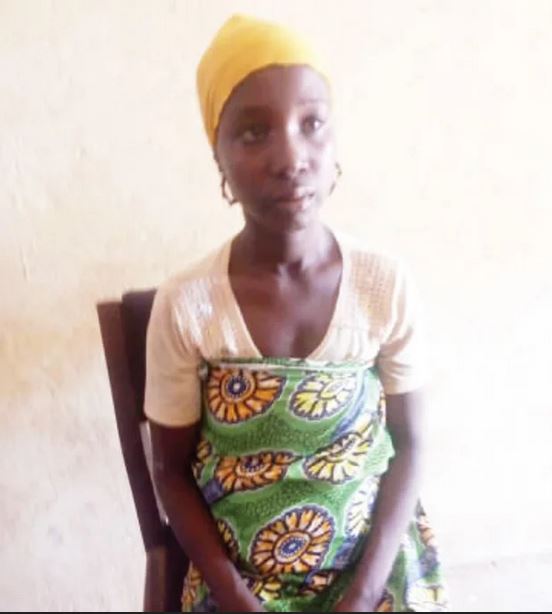 The police in Niger State have apprehended a 36 year-old-woman for allegedly stabbing her mother-in-law to death in the Mashegu Local Government Area of the state following a misunderstanding, The PUNCH reports.

The suspect, Fatima Sani, of Gobirawa village, was arrested by a team of policemen attached to the Mashegu Division while trying to escape.

It was learnt that the suspect and her husband, Sani Umaru, had a misunderstanding on April 23, 2020, which led to a divorce.

PUNCH Metro gathered that the suspect alleged that her mother-in-law, Aishatu Umaru, 70, of Tozon Daji village in Mashegu, told her son to end the marriage.

It was learnt that Fatima had irreconcilable differences with the deceased ever since she got married to Sani and that made her trace her mother-in-law to her village and stab her to death.

The suspect told our correspondent in Minna that Aishatu never liked her and she instigated her son to divorce her.

Fatima stated, “Since I came into that family, I have not known anything called peace; every day is punctuated with my mother-in-law’s trouble. There is nothing I did that pleased her and I decided to stab her to death so that everything would be over.

“I know I have done something that even Allah will not forgive me, but let the law take its cause.  Since she did not want me to have peace in my matrimonial home, Allah will not set her free.”

The Police Public Relations Officer in the state, Wasiu Abiodun, on Tuesday confirmed the incident, adding that the case was under investigation and the suspect would soon be charged.