Residents of Edo state trying to beat the curfew have been involved in a serious auto crash. 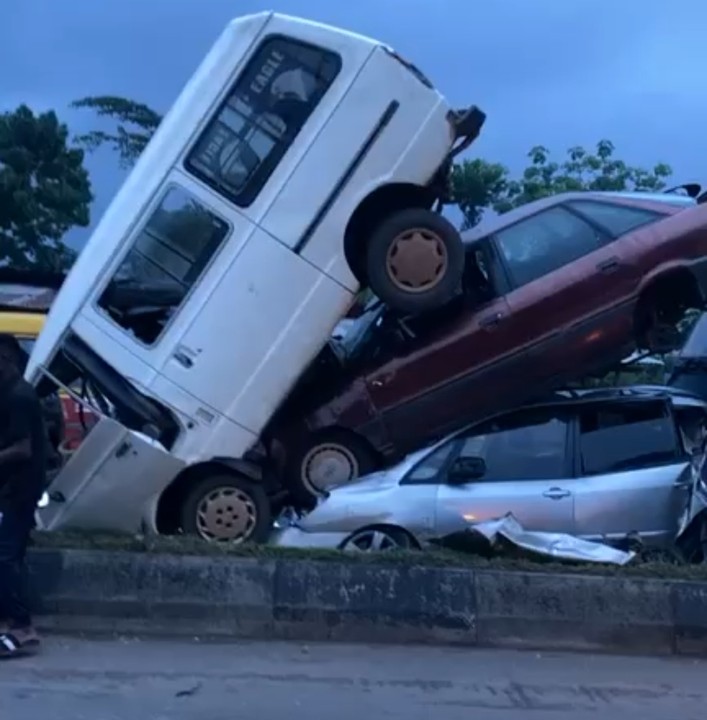 Scene of the accident
The ever-busy Upper Mission Road in Edo state recorded multiple accidents as residents of the state rushed to beat the curfew.
It was gathered that cars involved in the accident include: an 18 seater passenger bus, a red car, an ash car and a truck fully loaded with 7up soda drink.
According to report, the accident occurred as the drivers were trying to beat the 7pm curfew imposed by the state government.
Recall that on April 19, Governor Godwin Obaseki imposed a 10-day dusk-to-dawn curfew on Edo, with effect from April 20.
This was in a bid to curtail the spread of the deadly coronavirus as he planned to increase screening and testing of citizens for the COVID-19 pandemic.
The curfew is expected to be reviewed tomorrow as the initial 10-day lapses.
As at time of this report, no death was recorded at the scene of the incident as individuals involved were rushed to a nearby hospital.
Watch video below:
Top Stories