Over 50 People Who Attended Burial Of Tinubu's Aide In Trouble


The burial of a former aide to Bola Tinubu who died after testing positive for coronavirus may have landed many people in trouble. 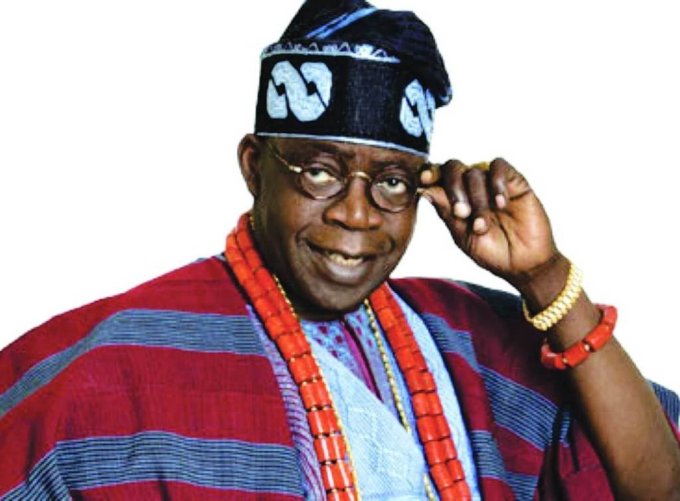 Bola Tinubu
Lagos State Governor, Babajide Sanwo-Olu, has been urged to trace contacts of Lateef Raheem, the late Chief Security Officer (CSO) to Bola Tinubu as they portend serious danger to other humans.
Recall that Tinubu had on Monday confirmed that Raheem, his ally of 21 years, tested positive to coronavirus.
His media office, in a statement, announced that Tinubu, his wife, Remi and all their aides took COVID-19 tests Saturday, April 25.
The press release disclosed that all results came back negative, except one.
“The results of one aide were positive. The rest of the staff was negative. The one staff member has been isolated in accordance with NCDC guidelines,” it read.
On Tuesday, Jumu’ah Abiodun, a public affairs analyst, in an ‘Open letter to the Incident Commander over Tinubu’s CSO death’, alerted the Lagos State government that a lot of people attended Raheem’s burial.
He called on the Sanwo-Olu administration to immediately locate everyone that was around the deceased in his final days and during funeral.
Abiodun wrote: “Sir, I hope you know what it takes to bury somebody in an Islamic way? This includes Ghusl Mayyit, full body ritual purification performed on a dead Muslim and spraying of perfumes.
“I have been informed that over 50, I repeat, over 50 police officers were at his Maplewood Estate residence on Friday, 24th April 2020 till he was buried. Islamic clerics, politicians, family members, among others were all there.
“My advice for you and your team Mr. Governor, is to ensure contact tracing. Family members, neighbors and sympathizers; politicians who visited the family before and after burial; clerics who prayed for and interred the body; police officers that visited the home.
“Also, disinfect the house and entire surrounding. If possible, by extension, disinfect two houses on the left and right sides of his building. I have also been informed that there’s panic among the residents of Maplewood Estate since Tinubu’s statement was released.”
The author warned that if proper actions were not taken or delayed, Lagos might record more cases due to the lapses before, during and after Raheem’s burial.
“I enjoin you and your COVID-19 Team to swing into action for the sake of over 20 million Lagosians. As Incident Commander, I trust that you would do justice to my message,” Abiodun urged.
Top Stories