The appointment of the late Okwuru alongside 37 others was contained in a letter Buhari sent to the Nigerian Senate for confirmation. 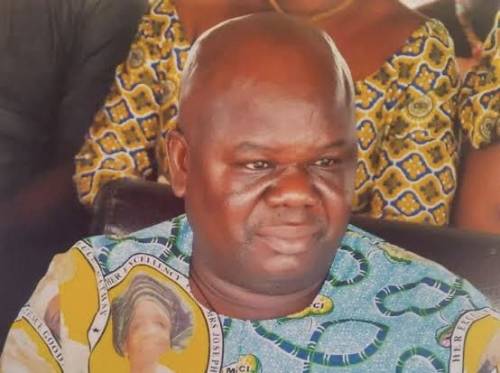 President Muhammadu Buhari has appointed a dead former lawmaker from Ebonyi State, Tobias Chukwuemeka Okwuru, to the board of the Federal Character Commission.

The appointment of the late Okwuru alongside 37 others was contained in a letter Buhari sent to the Nigerian Senate for confirmation.

Senate President, Ahmad Lawan, read out the letter on Tuesday during plenary.

But findings by SaharaReporters has revealed that Okwuru, who once represented Ikwo/Ezza Federal Constituency at the House of Representatives, died in February 2020 at the age of 59. 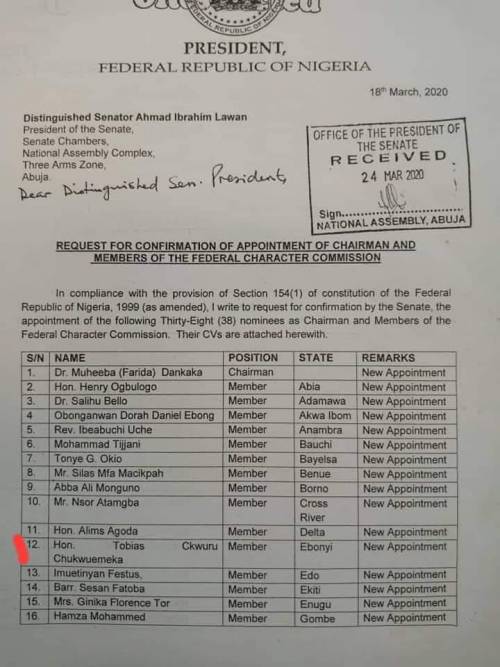 During his lifetime, he served as state auditor of Peoples Democratic Party, Chief Whip of Ebonyi State House of Assembly, before moving to represent his constituency at the National Assembly.
Interestingly, this won’t be the first time President Buhari will be giving appointment to dead people.

In 2017, the list of appointments into the boards of federal agencies and corporations released was enmeshed in controversy after the names of five persons said to be dead appeared on it.