Members of the Police force has raided a candlelight procession held by suspected criminals to honour their fellow members. 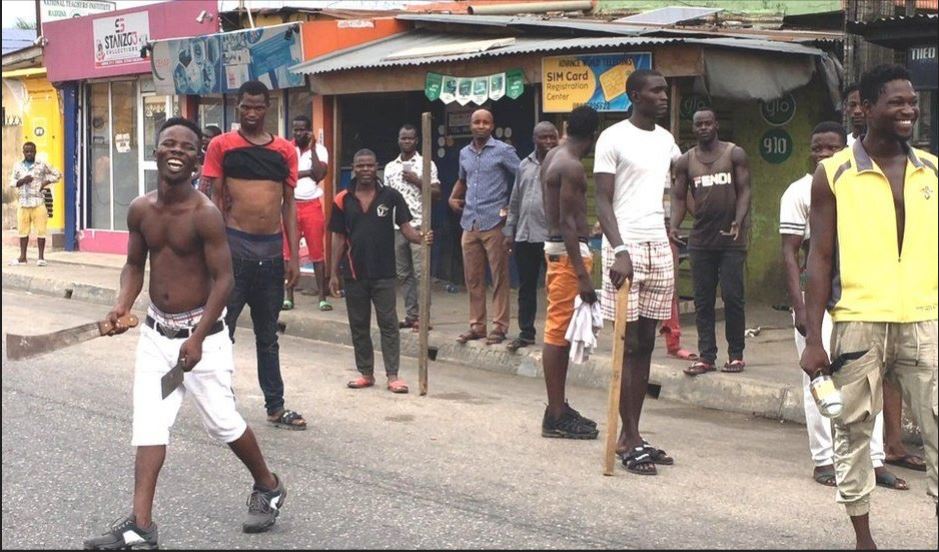 Police operatives from Ikotun Division raided the area on Tuesday evening and dispersed the group that had planned a candle light procession to honour the deceased who were unjustly killed over suspicion that they were ‘One Million Boys’, PM Express reports.

Some of the suspects who organized the procession in honor of their slain members were arrested while many escaped and were said to be at large.

The publication adds that some of the members, mainly the youths in the area, who are suspected members of a gang, have expressed their anger at having police disrupt the event, thereby preventing them from saying a proper farewell to their members who were unjustly killed. They described it as abuse of their right for lawful assembly as enshrined in the Constitution.

The police got information about the gathering to honor the deceased after residents expressed concerns when information spread that the gang, erroneously tagged 'One Million Boys’, will be having a candle light procession to honour their deceased members, who also reside in the area.

Many residents temporarily relocated elsewhere over the fear of the likely chaotic outcome of the candle light procession which they feared that might turn violent and bloody, PM Express adds.

The CDAs in the area contacted the Police to provide security and stop the group from their planned gathering as it might end up in violence and destruction.

Hence, the Police mobilized officers, went there and disrupted the gathering and the event ended abruptly while some arrests were said to have been made.

The deceased were killed by some residents and vigilante in the area who suspected that they were ‘One Million Boys’. They were beheaded and thrown into a nearby canal before it was later discovered that they were residents including a brother to the Oba of Ikotun.

This attracted the attention of the Commissioner of Police, Mr. Hakeem Odumosu, who visited the area and some people were arrested and transferred to the SCIID, Panti Yaba, for murder.

It has not been confirmed by the Police if the deceased were actually part of the ‘One Million Boys’ as some residents claimed as investigation was said to be ongoing on the matter.