Two yahoo boys have been sentenced to prison by a court in Kaduna after being found guilty. 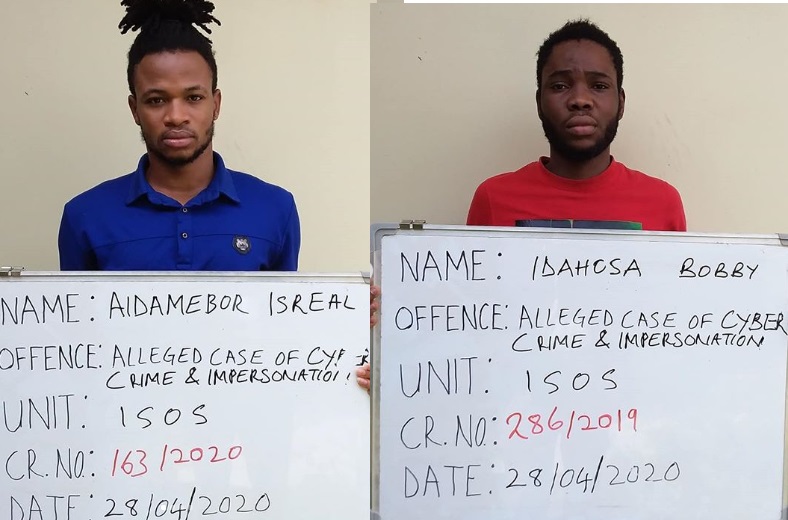 The internet fraudsters
The Economic and Financial Crimes Commission, EFCC, Kaduna Zonal Office on April 29, 2020, secured the convictions of Idahosa Bobby and Aidamebor Israel for offences bordering on internet fraud.
The duo were convicted after being arraigned before Justice Mohammed Tukur of the State High Court sitting in Kaduna, Kaduna State.
The convicts were each arraigned on a separate one-count charge bordering on online fraud and for possession of fraudulent documents. .
Idahosa and Israel were arrested by a team of operatives attached to the Intelligence and Special Operations Section, ISOS following intelligence reports indicating their involvement in cybercrime.
Top Stories