Controversy Surrounds The Death Of Dancer, Picture Kodak By Electrocution In Lagos 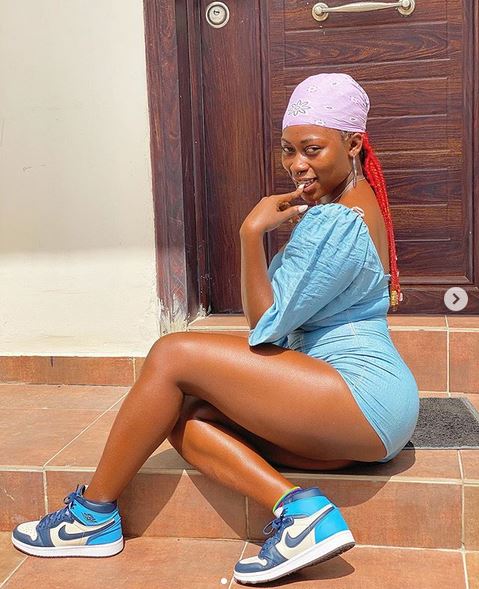 Controversy is surrounding the death of a popular dancer and video vixen, Love Divine, popularly known as Picturekodak, who was allegedly electrocuted on Wednesday.

Picturekodak was allegedly electrocuted around 9pm while charging and operating her phone.

Our correspondent learnt that the victim was on set in the house of a video director, Clarence Peters, in the Omole Phase 1 area of Lagos State when the incident happened.

However, mixed reactions have greeted the news of her death on the social media.

While some urged the relevant authorities to investigate the circumstances of her death, others believed that she died of a natural cause.

A Twitter user, @pdominic77, called on the Lagos State Government to carry out an autopsy on the deceased.

He tweeted, “#ripkodak one thing I know is that the death of this girl doesn’t sit right in my head. Which one is she died charging her phone bla bla bla. Please Lagos do autopsy check for drugs, strangulation marks etc I don’t trust most of this directors. I know what I’m saying.”

Another Twitter user, Christopher Umukoro, wrote, “Conspiracy theory should simply play out here. Something just ain’t right to me. Habba! Forensic evidence would have shown otherwise if this were a more developed country.”

An Instagram user, with the name @ogamaestro said, “Man Clarence needs to explain to us what happened o. Walahi!

“Rest Well LD. Sad day for the entertainment industry. This one hit home.”

The state Police Public Relations Officer, Bala Elkana, who confirmed the incident, said the corpse had been deposited in the morgue for autopsy.

“The case was reported at the Ojodu Police Station around 1am. The report we got was that she was electrocuted while charging and operating her iPhone. We have taken the body to the mortuary for autopsy,” he stated.

One of Picturekodak’s colleagues, Otunba Bolaji, who claimed to stay very close to Clarence Peter’s house, stated that he heard when the incident happened but never knew who the victim was.

He said, “I stay close to Clarence Peters’ house, so I heard about the death shortly after it happened on Wednesday night. Earlier on Thursday, I had heard a rumour that a lady slumped and died. I didn’t know she was the one being referred to. When I got to know that she was the one, I felt very sad because I realised that I wouldn’t see her again.

“I don’t work with Peters, so I don’t know the nature of their relationship, or what she was doing in his house.

“I met her when an artiste, Junior Boy, shot a music video and we were both in it. We were not very close but she was a friendly girl and everybody can testify to that.”

However, calls put across to Peters by one of our correspondents were unanswered.