A pastor who was praying for a coronavirus patient, as well as the infected man's children have all contracted the virus. 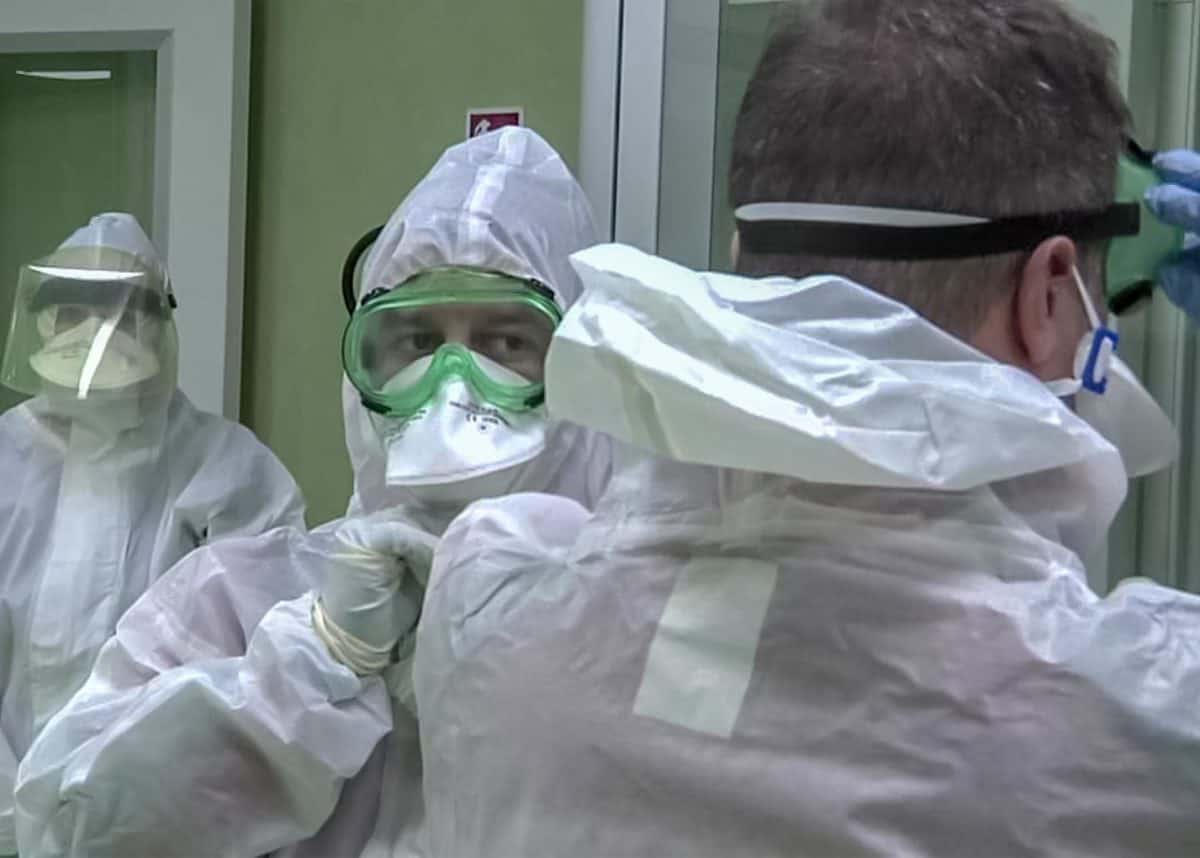 Two children of a deceased COVID-19 patient in Rivers have tested positive for the virus, a report by The Nation has shown.

Also, a pastor who was praying for the man's recovery has also contracted the virus and has been isolated, Governor Nyesom Wike has declared.

The State has recorded 13 cases with two deaths.

Updating the State on efforts to contain the pandemic on Friday, Wike declared wearing of face-masks in public places have become mandatory across Rivers.

He blamed security operatives deployed to enforce borders’ closure for sabotaging the efforts, accusing them of receiving gratifications to allow people into the state.

He vowed the borders would enforce be tightened with the inauguration of a Task Force of on Border Closure comprising of Rivers indigenes.

He said: “The wearing of face mask in all public places is now compulsory throughout the state.”

“The State Security Council will meet in the next 24 hours to consider and approve necessary mitigating measures for commuters, including the deployment of government buses to shuttle designated public places.”

The Governor also read the riot acts to traditional rulers of recalcitrant suburbs, including traders who have consistently defied the closedown of market places and other areas.

He threatened he would not hesitate to totally lock down those areas.

Areas facing the axe include Rumuokoro, Rumukurushi and Elimgbu, and the Oil Mill Market, which the Governor vowed could remain under lock and keys for the remainder of his tenure unless residents comply with the lockdown order.

Speaking on the transmission of the virus in Rivers State, Wike reinforced that it was fallout of sabotage by security agencies and their operatives.

“The logical conclusion therefore, is that the pattern of transmission of COVID-19 in the state is evidentially predicated on outside importation just as the rate of infection and progression is also relatively low and arithmetical, when considered from the date of the index case.

“Generally, we believe that unless there is a sudden and vertical slide into community transmission, we expect our COVID-19 infection and prevalent rate to continue along this low trajectory, which gives us the assurance that our hard work is paying off and Rivers State is certainly not in any dangerous position when compared to most other States, and we will never be by God’s special grace.

“This is not to say that we are at the peak of this crisis and that everything about the containment and transmission of COVID-19 is under control. No; we are not, because of the challenges occasioned primarily by the negative elements that continue to undermine and sabotage our efforts to protect our people from this disease.

“For instance, the 7th infected case was an offshore oil and gas worker who went and passed a night in a Lagos hotel before returning to Port Harcourt on the 9th of April 2020 with the aid of the security personnel manning our borders. When his symptoms started, he was admitted to a private hospital, (names withheld) on the 20th and discharged on the 21st of April 2020.

“Had the security agencies not compromised their responsibility at the borders, this man would have been prevented from coming into Port Harcourt with this virus and threaten the lives of other people for over two weeks before he was evacuated to the treatment center.”

Wike, while agreeing with President Muhammadu Buhari on the gradual re-opening of the country, however insisted that the state would continue to take critical steps as they affect its peculiarities.”