Eleven years after Ghana won the cup, Awako has revealed how Prophet T.B. Joshua helped them to win the tournament. 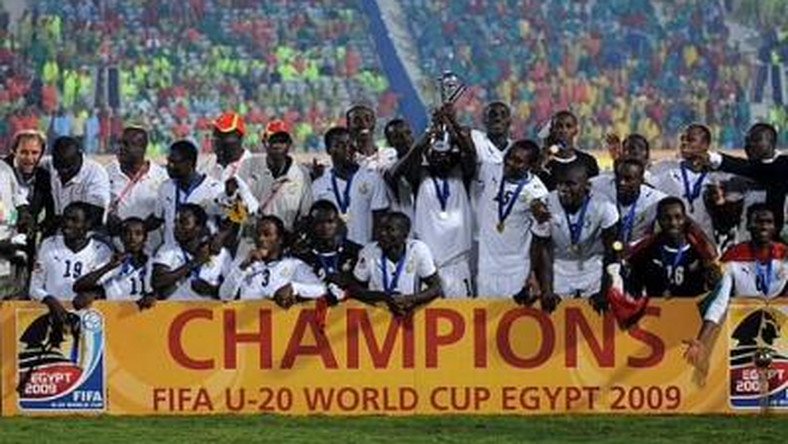 Skipper of Ghana’s 2009 U-20 World Cup-winning team, Gladson Awako, has credited Nigeria’s prophet, Temitope Joshua for their success in Egypt, The Nation reports.

Eleven years after Ghana won the cup, Awako, 31, who is now Captain of Ghana’s leading club, Great Olympics, revealed how Prophet T.B. Joshua helped them to win the tournament.

Ghana was the first African nation to win the U-20 World Cup.

Awako, in an interview with YAC Media Production via Instagram Live on Friday, said they went through a difficult time during the early part of the game.

He said Ghana had a man sent off in the 37th minute when Daniel Addo was given a matching orders by the referee for an infraction against a Brazilian player.

According to him: “After a difficult start of the tournament, Sellas Tetteh and his boys made the cut to the finals and faced tournament favourite, Brazil in the finals.

“However, Ghana defeated the South Americans side on penalties with Emmanuel Agyemang Badu scoring the winner.”

Awako said T.B. Joshua told them everything about the tournament and “it came to pass exactly the way he said it.”

He revealed that a man spoke to the entire team but did not know the person until the end of the tournament.

“During the U-20 World Cup in Egypt in 2009, we normally gathered around the centre to pray,” Awako recalled.

“The coach usually made us speak to a man on phone. He will put the phone on loudspeaker so we could all hear and then pray and do what he says.

“Most of the things he said came to pass especially the final. He predicted that we will get an early red card and also told us how we will arrange the penalty takers. All that came to pass.

“Honestly, I didn’t know who it was until we won the cup and they told us the man was TB Joshua,” he added.