A woman has taken to Twitter to thank a man who gifted her N100k after she had snubbed his first message since January. 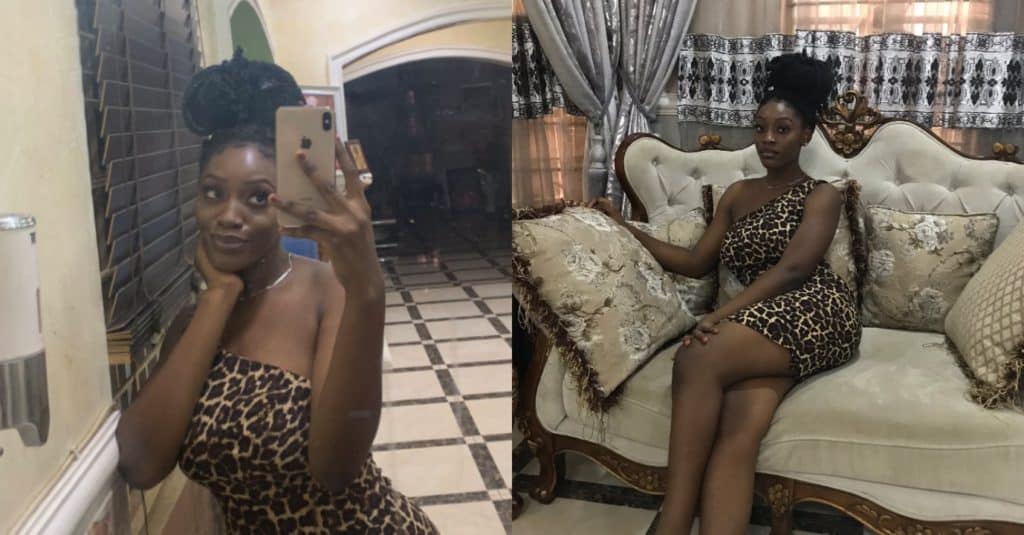 Nigerian lady receives N100k alert
A Nigerian lady has gushed after receiving N100k alert from an anonymous man she ignored his message since January.
The lady with the username @Ikoojo__ took to the micro-blogging platform Twitter to share the surprise with her followers and thanked the unidentified man.
“Thank you God of Anon(nymous)” she tweeted while sharing screenshots of the said transaction and herchat with the man.
Meanwhile, after posting, it could visibly be seen that she purposely aired the message the young man sent her since 4th of January, 2020.
Obviously, the money attracted her which made it possible for the man's message to get a reply.
The possibly rich anonymous man who wanted to surprise her by simply requesting for her bank account details, which she obliged him simply asked “send me your acc. no.”
When he had sent her the 100k, he simply messaged her “Done, stay safe”, only for the lady to receive 100k alert.
See tweet and screenshots below: 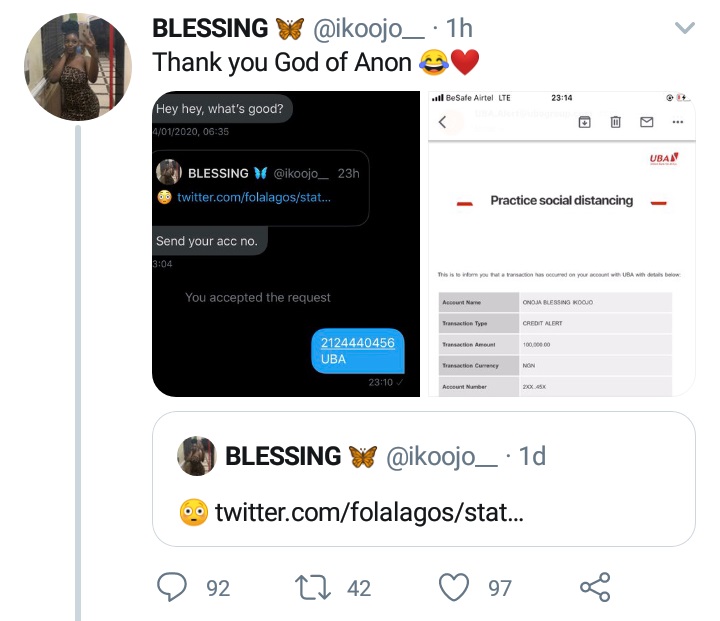 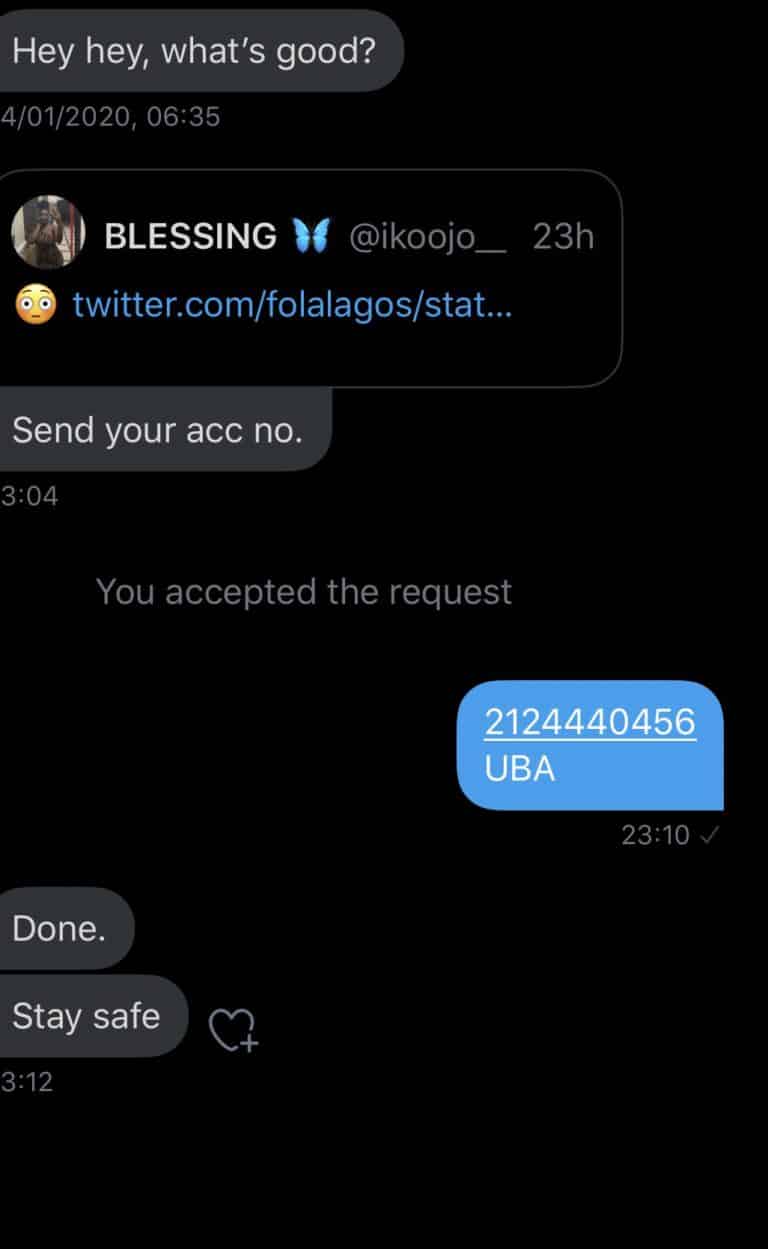 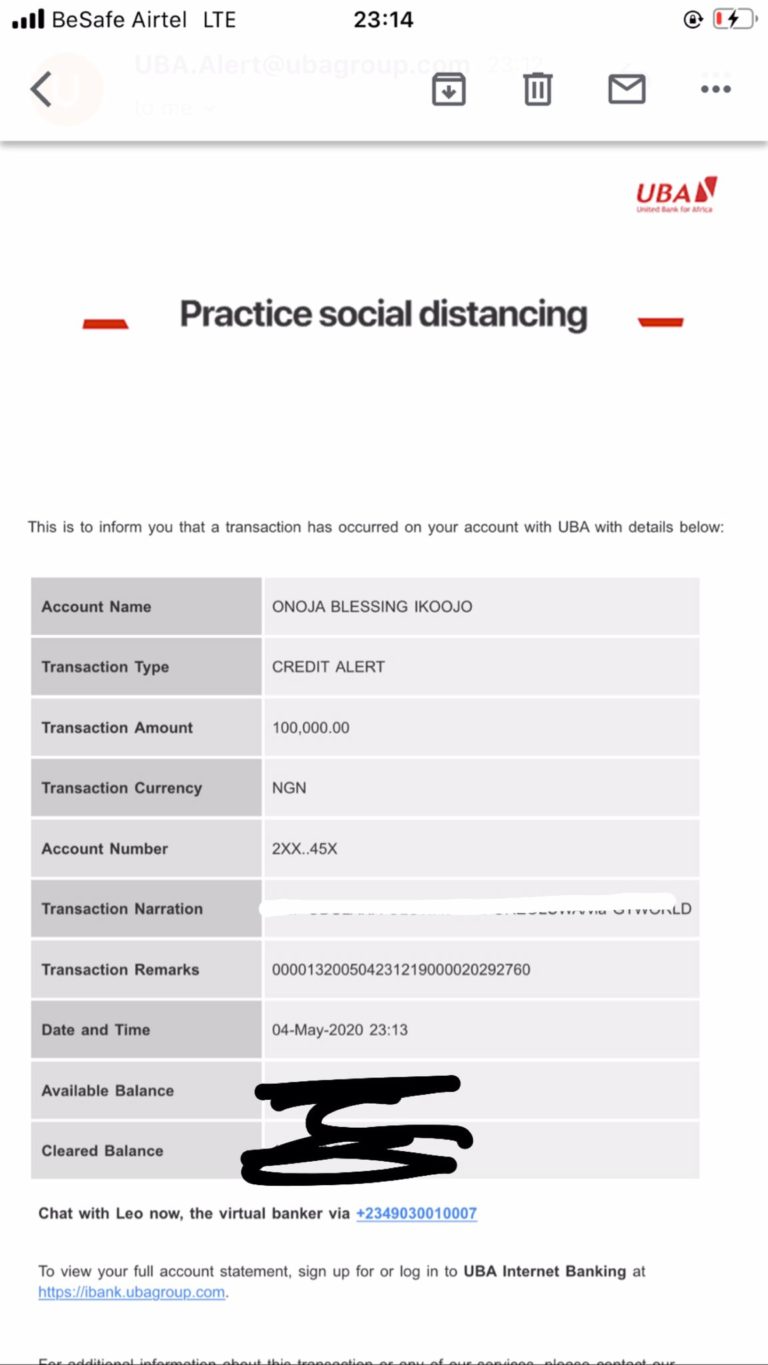