A young man was apprehended by the police in Imo state after he hid a gun tucked inside a bread. 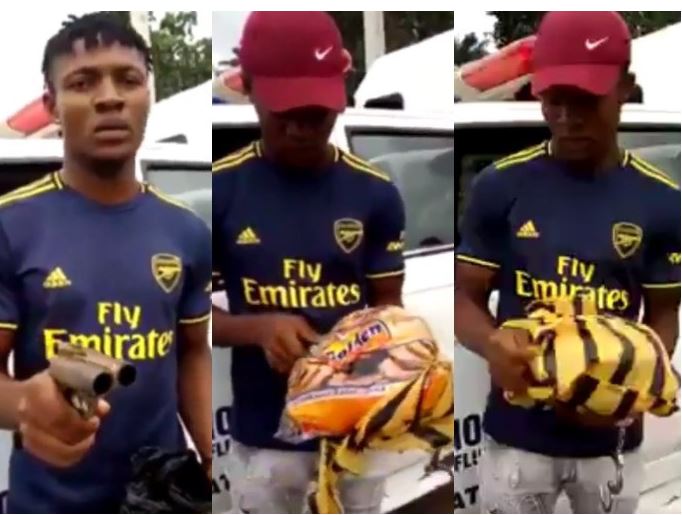 A Nigerian man has been apprehended with a gun he tucked inside a bread.

In a video which has since gone viral, the man who gave his name as Odinaka Nwosu, said he was from Okigwe heading to Owerri.

The man was arrested by NDLEA officials under the Operation Search and Flush in Imo state and will be handed over to the Imo state police command for further investigation later today May 5.