A former Nigerian President, Umaru Musa Yar’Adua has been remembered by the presidency 10 years after his death. 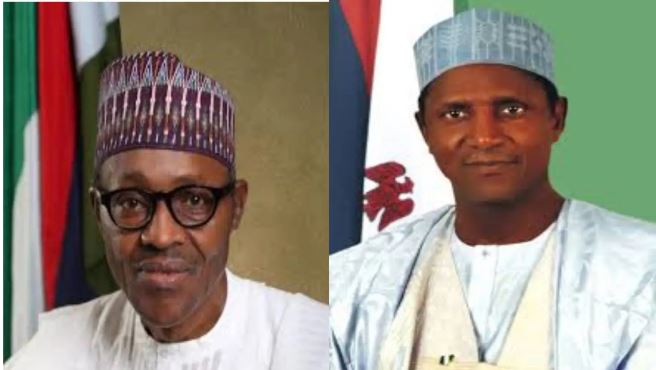 Muhammadu Buhari and Umaru Yar'Adua
President Muhammadu Buhari’s Special Assistant on New Media, Bashir Ahmad has on behalf of the Presidency, remembered Umaru Musa Yar’Adua, Nigeria’s former President who died exactly 10 years ago.
Yar’Adua, the 13th President of the Federal Republic of Nigeria died on May 5, 2010.
He was governor of Katsina State from 29 May 1999 to 28 May 2007 and was declared the winner of the controversial Nigerian presidential election held on 21 April 2007, and was sworn in on 29 May 2007.
Yar’Adua passed away at the Aso Rock presidential villa after his arrival from Saudi Arabia where he went for medical treatment for Pericarditis.
In a tweet he shared in remembrance of the late Nigerian leader, the presidential aide wrote, “Time flies really so fast, exactly ten years without former President, late Alhaji Umar Musa Yar’adua, who died on May 5th, 2010.
“It was a devastating night. May Jannah al-Firdaus be his final abode. Allah ya jikan sa, ya gafarta masa.”
Top Stories