Some people have taken advantage of coronavirus pandemic to make unusual money at banks. 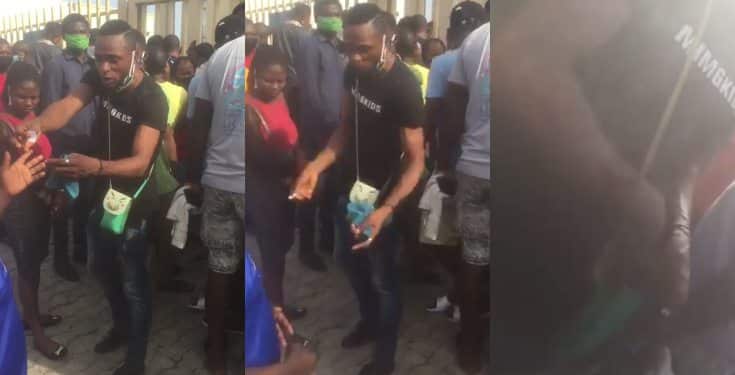 People are making money from coronavirus in Lagos
A Nigerian man on Twitter, @phatzey has claimed that a group of people who do not have anything to do at a bank are now standing in queues in other to exchange their spot for N10K.
The Twitter user posted a video on the platform to backup his claim. In the video, a young man was filmed outside a crowded bank in Lagos where he appeared to confirm that he exchanged his spot for N10k.
‘Lagos is crazy mehn, got to bank as early as 7am and I got number 135 and guess what??numbers 1-10 are people that doesn’t have account with the bank and now they’re offering to sell each numbers for 10k. Lagos nawa. ‘, he captioned the video.

So people are now selling their spots for N10k after standing for a long time at the bank? Everything na business 😂😂😂