The police have apprehended 23 suspects for alleged kidnap in Adamawa state. 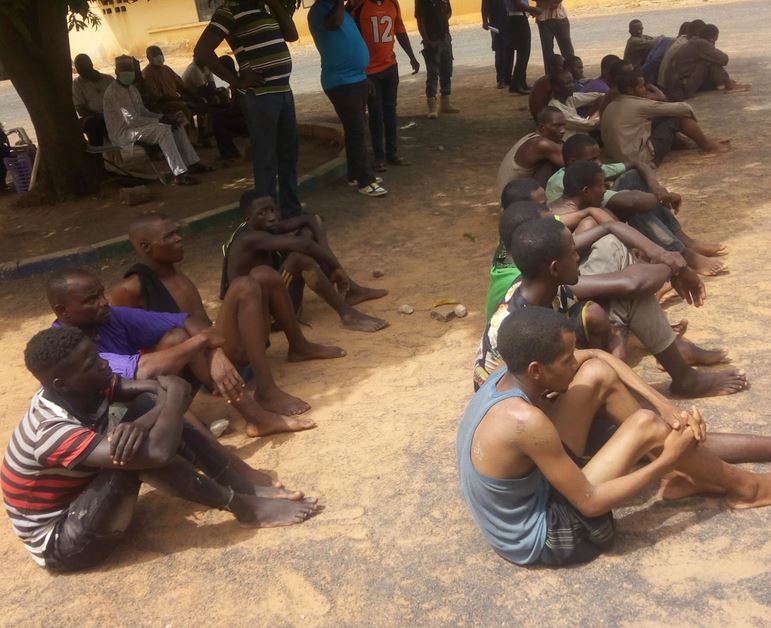 The Police Command in Adamawa State on Thursday paraded 23 men for alleged kidnapping activities in communities in three local government areas of the state.

The 23 suspects operate in three gangs in Gombi, Ganye and Hong local government areas, according to the state Commissioner of Police, Olugbenga Adeyanju.

Olugbenga Adeyanju who assumed duty as the state CP last week, disclosed the arrest of the suspects in his inaugural press briefing on Thursday.

He also paraded the suspects before the press.

He said one of the gangs comprises nine members who last month conspired and kidnapped one Ardo Kulda and one Tela Bala of Guyaku and Golantabal villages respectively in Gombi LGA and collected N4.5 million from the two as ransom.

The CP said the nine were immediately arrested through the help of local chiefs and that they have confessed to the crime.

He said the six were rounded up on May 3, 2020 when the police got credible information regarding their activities.

The CP named eight suspects in a third kidnapping gang who he said conspired and threatened to kidnap three residents of Hong LGA: Nuhu Belham, Esma Arestus and Mohammed Samaila unless they paid N3 million each.

“Investigation led to the arrest of the eight suspects and they confessed to committing the crime,” the police commissioner said