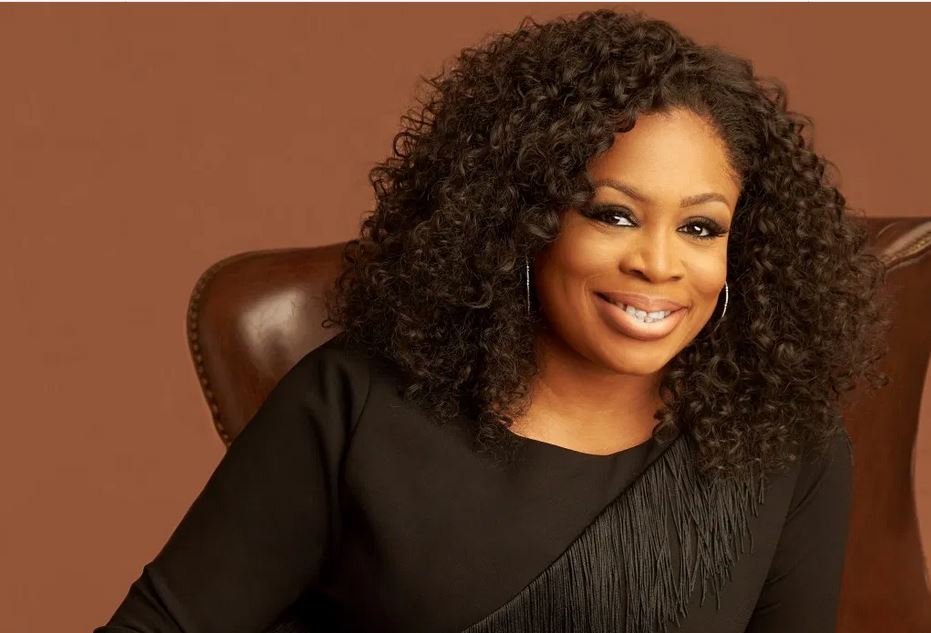 Sinach, is a senior worship leader at Loveworld Ministries (Christ Embassy) and is known for hit songs including `Way Maker,’ `He Did it Again,’ `I know who I Am,’ among others.

But it was Leeland’s Waymaker (Live) that shot the song into Billboard Top 10 hits. Another version of the song by Michael W. Smith featuring Vanessa Campagna and Madelyn Berry also lit up the charts.

According to Sinach, she’s been number one on the chart for seven weeks. Sinach took to Twitter on Wednesday to share the good news.

She also expressed gratitude to God, for being the first black person and first African to achieve this. 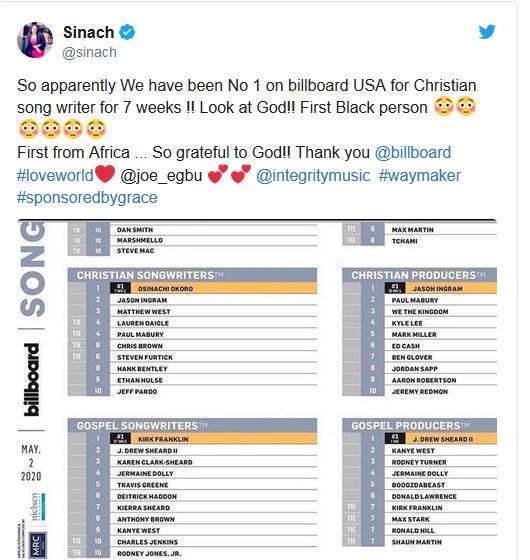