A butcher has reportedly hung himself with a towel inside his room in a community in Edo state. 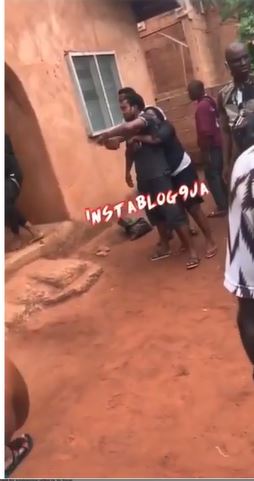 The people of Ekpoma, Edo State, were this morning thrown into mourning, following the news of the tragic death of a middle-aged man.

Peter Uche, who was a butcher, allegedly hanged himself with a towel in his room in the early hours of today.

He was found dangling through his room’s window and was subsequently rushed to the hospital where he was confirmed dead.

The reason behind his action remains unknown.