Nigeria's ex-President Goodluck Jonathan has stated the reason why he's not in active politics. 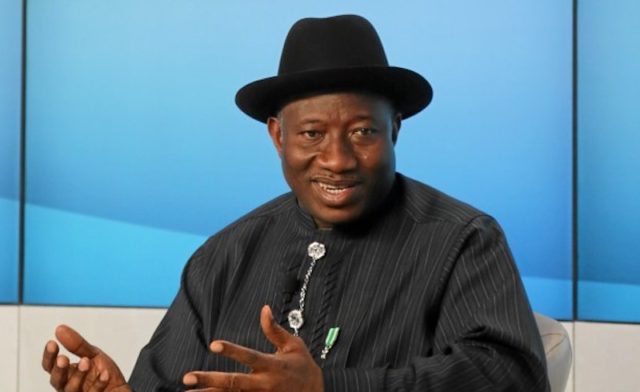 Goodluck Jonathan
Former Nigeria President, Goodluck Jonathan has revealed why he's no longer involved in active politics since losing to Muhammadu Buhari in 2015.
Jonathan spoke during the inauguration of the Bayelsa State executive council of the Peoples Democratic Party (PDP) by Governor Douye Diri on Sunday.
He admitted that he was moving away from being “an effective partisan politician” and focusing on other areas where his services would be required.
“I’m shifting away from being an effective partisan politician because of my Foundation. People who want to partner me felt that if you are a partisan leader in the country, they will eat with you with a long spoon.
“I felt that after serving as President of this country, I should go to some other areas where my services would be required. Through that process, I would be able to support the nation and the state in one way or the other,” Jonathan said.
Jonathan, who was president for five years, lost the 2015 presidential election to the incumbent, President Muhammadu Buhari.
Top Stories