Nigerian billionaire who is under investigation over his flambouyant lifestyle has left police custody. 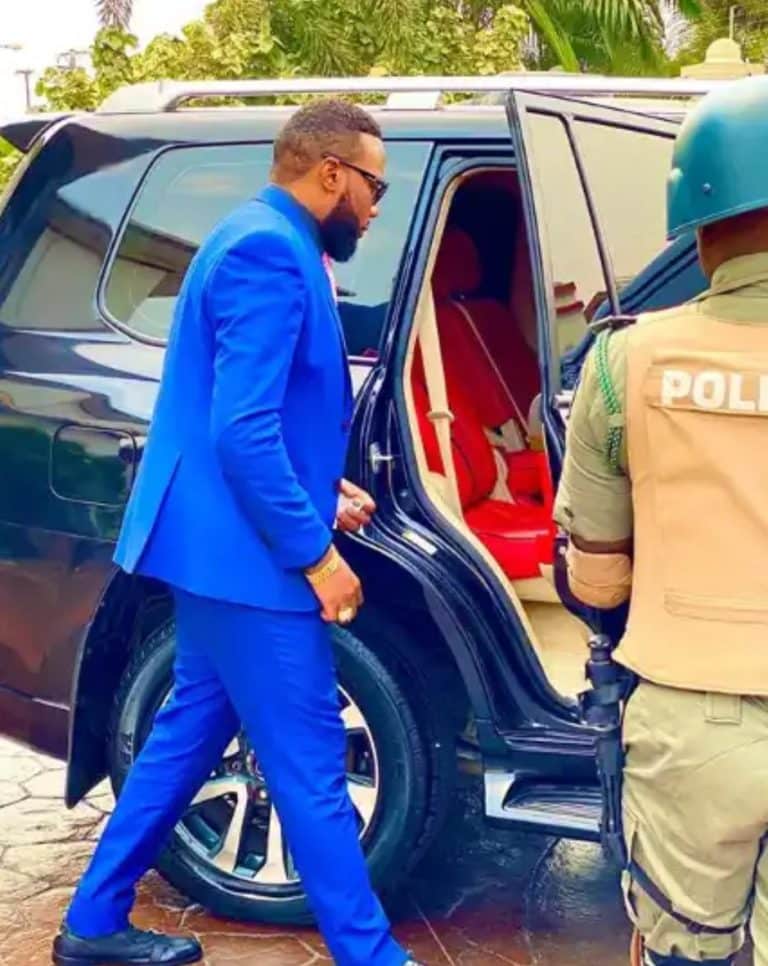 Billionaire Businessman, E-money
Billionaire businessman and Chairman, Five Star Group, Emeka Okonkwo aka E -Money has been released from police custody after six hours of intensive probing.
E -Money, it was learnt, arrived at the Police Headquarters Annex, Kam Salem, Obalende, Ikoyi, around 1 pm in a wine -coloured suit.
He was subsequently grilled for about six hours by the Inspector-General of Police, Monitoring Department.
“E-Money, who is the brother of Nigerian singer , Kingsley Okonkwo, aka K-Cee visited the Force HQ annex yesterday and met with police detectives and was grilled for about six hours.
He came along with two others and responded to many questions. Somebody took his bail and he was allowed to leave and return on Wednesday for more questioning,” a police source told ThePunch.
Top Stories