The police have arrested a driver with 3,000 cartridges alongside a woman who was nabbed with marijuana. 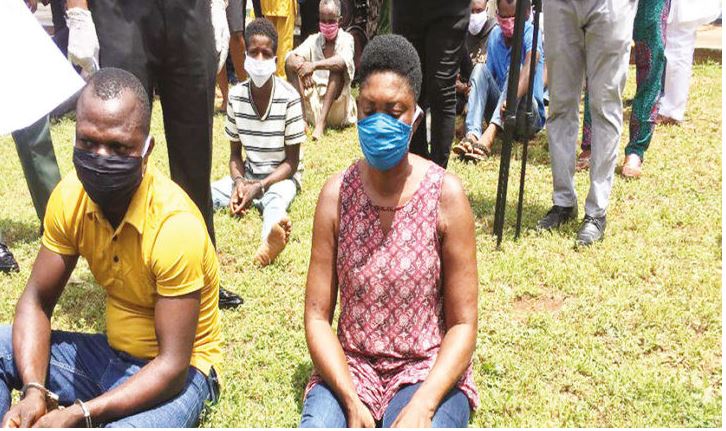 A bus driver nabbed with 3,000 catridges and a woman transporting marijuana and cocaine have been arrested by the Delta State Police.

The state's Commissioner of Police, Hafiz Inuwa paraded the suspects before newsmen on Wednesday May 13. He said the 44-year-old driver identified as Felix Ade, was ar­rested along Asaba express­way.

Ade who is from Ondo state, claimed he was given the boxes to deliver in Edo State. He said;

“I am a driver, I do not know about the con­tent of the bag until the po­lice searched it. It was given to me as a waybill and I was told it was padlock that was in the box.”

36-year-old Kate Obi who was nabbed with tons of marijuana and cocaine, said she was not aware that dealing in such drugs is a crime in the country. She said she was given the parcel by her boss to deliver to a client in Anam­bra State.