Footballer, Dele Alli held at knife-point at his mansion has narrated the horrible experience. 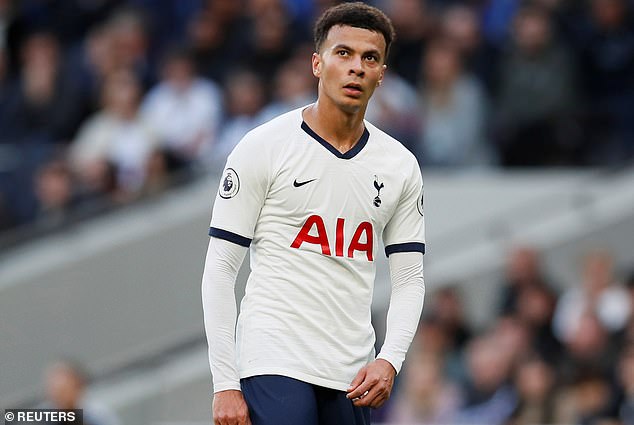 Dele Alli
Premier League footballer Dele Alli has broken his silence after armed robbers broke into his home, held him at knife point and punched him in the face.
He described the experience as horrible, according to Dailymail.
The Tottenham and England star was targeted by masked raiders who broke into his £2million north London mansion and attacked him in the early hours of Wednesday morning.
It is the third time top footballers have been targeted in the area in ten months - including fellow Spurs and Belgium star Jan Vertonghen whose home was targeted in March.
Robbers demanded the 24-year-old England ace hand over valuables during the raid at his property, near Barnet, where he has been isolating with girlfriend Ruby Mae, his brother Harry Hickford, Harry's partner and a long-term friend.
The footballer and his housemates were reportedly playing pool when the balaclava-clad robbers burst into the house.
The masked men stole valuables, including two watches, it has been reported.
Now the Spurs star has taken to Twitter to thank those who shared messages of support.
He said: 'Thank you for all the messages. Horrible experience but we're all okay now. Appreciate the support.'
As Sportsmail exclusively revealed, the Tottenham and England midfielder was 'thumped in the face' during the ordeal but did not suffer serious injury.
Two males wearing balaclavas broke into the back of the property before threatening the Spurs star.
Following a scuffle, during which Alli suffered a minor facial injury, the two culprits took various items including jewellery and watches before fleeing.
The 24-year-old's property is covered by CCTV and the footage has been passed on to the police, who have opened an investigation.
Top Stories