How Police Arrested 'Over 50' Doctors, Journalists Based On IGP's Order


Journalists and doctors who were returning from work were forced to the police station while their vehicles were impounded. 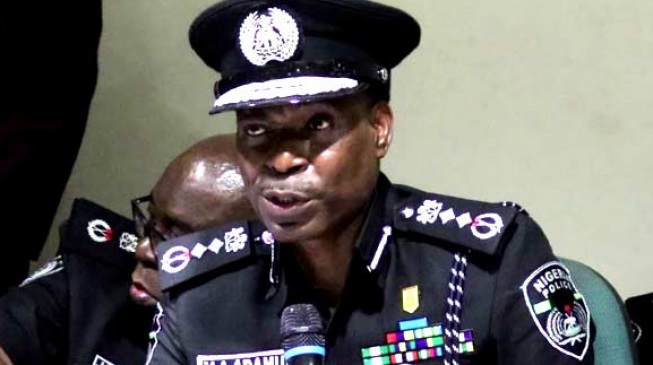 More than 50 essential workers were arrested by the police in Lagos on Tuesday following the directive of Mohammed Adamu, inspector-general of police, TheCable reports.

On April 27, President Muhammadu Buhari had ordered restriction of movements between 8pm and 6am nationwide to check the spread of COVID-19.

The president had, however, exempted health workers, journalists and other essential workers from the curfew.

But there have been reports on the breach of the curfew, with security operatives being blamed for poor enforcement.

On Tuesday, Adamu held a virtual meeting with zonal assistant-inspectors general of police and state commissioners of police, where he directed strict enforcement of the curfew.

He had reportedly ordered that anyone found on the streets beyond 8pm should be detained.

In the Alausa area of  Ikeja, Lagos, journalists and doctors who were returning from work were forced to the police station while their vehicles were impounded.

IVY Kanu, a correspondent with the TVC, narrated how some of the essential workers were detained at the station.

“I left the office tonight and on my way, I noticed that the roadblocks had increased. I turned to Alausa and I was picked up. I am at the Alausa police station and you have doctors, essential workers,” she told the station.

“The place is packed. Over 50 people are here and I heard that the new instruction for the next three days is to go after everybody, essential workers and non-essential workers.

“I don’t know how long we will be here. The impounded vehicles are more than 20 and more are still coming in. I don’t know if this is part of a new directive from the federal government or it is over-zealousness on the part of the police officers.

“Some of them have been taken into custody; they have been put into cells and some are standing outside. I was asked to go behind the counter; that was where I was before she (DPO) announced that everybody should come outside and they should hand over our keys and we should sleep in our cars till the next morning.”

In a swift reaction, Lanre Arogundade, director of the International Press Centre (IPC), demanded an immediate release of the arrested journalists.

“It is absolutely out of order for the police to bar journalists from moving in the name of enforcing total curfew,” he said in a statement.

“The president has affirmed the role of journalists as frontline professionals in the fight against Covid-19 while the Minister of Information had earlier said journalists who have their identity cards should be allowed free movement during this period. Journalists who are currently being held in Lagos and any other part of the country should be set free immediately.”

Some key members of the presidential task force on COVID-19 were said to have been contacted over the arrest of the “essential workers” and after over two hours in detention, the IGP directed his men to release all them.

“All essential workers including medical personnel, firefighters, ambulance services and journalists are exempted from the restriction of movement associated with both the partial lockdown and the national curfew across the Federation,” the statement read.

“The Inspector General of Police, IGP Mohammed A. Adamu has therefore directed all zonal assistant inspectors general of police and commands commissioners of police to give effect to these exemptions whilst enforcing the restriction orders.”