The lady was said to have come out of hiding after the petition to the police went viral on the social media. 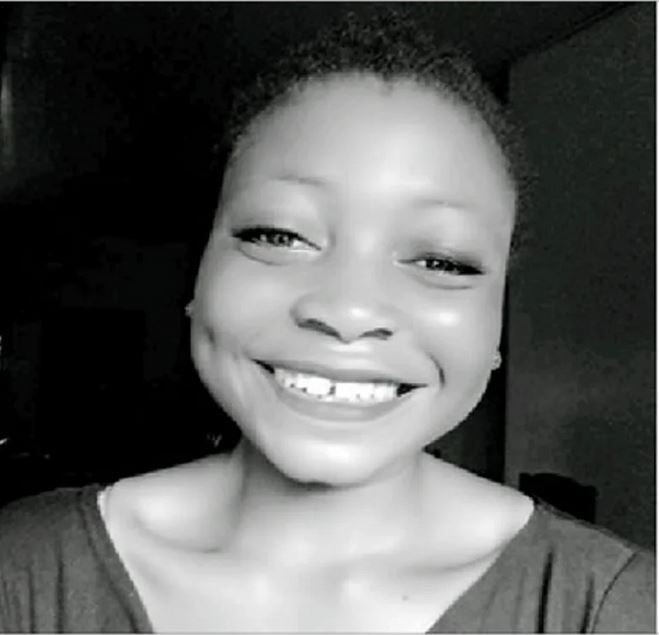 According to The PUNCH, twenty-year-old Margaret Ikumu, has come out of hiding after her family petitioned the Lagos State Police Command over her alleged death.

The family had on May 15, 2020, petitioned the police after the news of her death was announced on Facebook by her friends, Marvellous Mary and Nneka Buddy, whom Margaret allegedly connived with over her disappearance.

The family, who urged the police to investigate the circumstances surrounding the alleged death of Margaret, stated that she ‘died’ under controversial circumstances and accused her friends of burying her without their consent.

According to one Tony Iji, who signed the petition on behalf of the family, Marvellous and Nneka were contacted by the family through Facebook and they told them that Margaret had instructed them not to allow members of her family to know anything about her death; hence she was buried without the family’s consent.

The petition read in part, “Since then, all efforts by our family and our community here in Lagos to know the cause and circumstances surrounding Margaret’s death have been rebuffed by Marvellous and Nneka, who are the only persons with information about her death. They later sent a chat message on WhatsApp to a member of our family with a picture of a casket showing that Margaret had been buried.

“All efforts by members of the family to get more details about the death and eventual burial of Margaret from Marvellous and Nneka Buddy have proved abortive due to their refusal to co-operate with us. Miss Marvellous Mary has threatened to discard her phone number 07040869026 after the burial as a way of blocking us from further reaching her and all efforts to call Margaret’s phone number, 0811377322, have not yielded any result as the phone is permanently switched off.

“We, therefore, appeal to the police authority under your leadership to intervene by investigating the incident with a view to establishing the facts and circumstances surrounding her death and eventual burial without the knowledge and consent of her family.”

However, in a twist, Margaret was said to have come out of hiding after the petition to the police went viral on the social media.

According to the family, although the whereabouts of Margaret are still unknown, she has communicated with her mother to tell her that she is alive.

In another statement by Iji, Margaret claimed that she was not aware of her obituary announcement on her Facebook wall.

The statement read in part, “To our surprise, in the evening of May 16, the unexpected result from the massive media publicity happened; Margaret, who was purportedly deceased, was forced out of hiding when she was noticed online through her Facebook page, which was offline throughout the period.

“When contacts were made with her on Facebook, she responded and later received phone calls from her mother and few of her uncles, and she told them that she did not know the reason for the obituary announcement on her Facebook wall.

“Our findings showed that the whole thing was a deliberate conspiracy by Margaret in connivance with her friends to stage-manage a fake story about her death to confuse her immediate family and the larger society for whatever reason that is best known to them.

“Till now, we have not been able to extract from her the reasons for her action, because she is still largely incommunicado even though she has affirmed that she is alive.”

When contacted, the state Police Public Relations Officer, Bala Elkana, who confirmed the receipt of the petition, said the police had been able to locate Margaret’s whereabouts.

“I am aware of the petition. We have been able to identify the location of the girl; she’s alive. We will investigate the report of her being dead and the reason behind it,” he stated.