'I Told My Friend To Tempt My Boyfriend To Know If He Loves Me, Now They Are Married With 2 Kids' - Nigerian Cries


A woman has shared a sad relationship experience of how she lost her man to another woman. 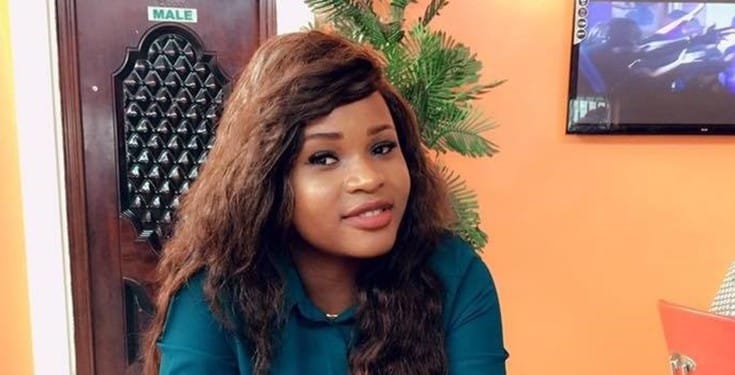 Pearl shared the sad story on Twitter
A Nigerian woman has revealed how he lost his boyfriend to a friend.
Pearl took to Twitter to recount an ugly experience how he asked his friend, Anita to tempt her boyfriend to see if he really loves her.
However, her friend, Anita succeeded and she is now happily married with two kids.
Pearl revealed that she was deeply hurt that her friend, Anita is now married to her boyfriend.
“5 years ago I had asked my friend to test my boyfriend to see how much he loves me _Today they are happily married with 2 kids. Anita God won’t forgive you for me !” she tweeted.
See her tweet: 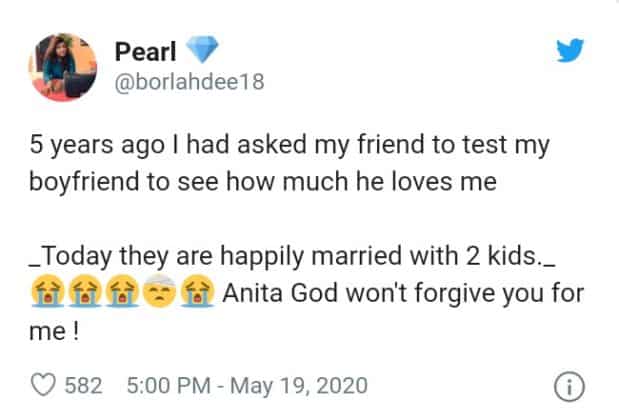