Odion Ighalo's exploits at Manchester United may come to an abrupt end following instructions from his Chinese club. 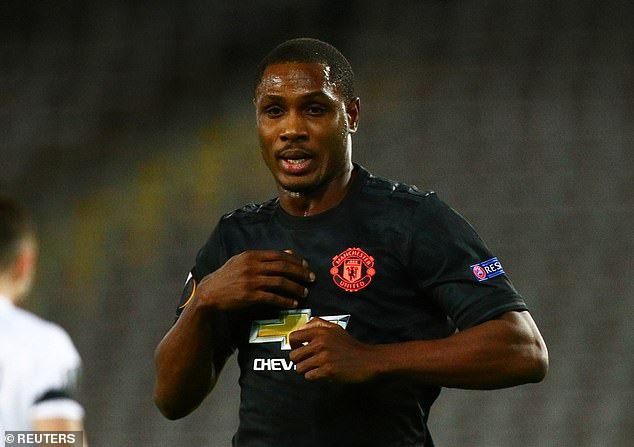 Odion Ighalo
Nigerian striker Odion Ighalo's future at Manchester United is reportedly shaky as his parent Chinese club, Shanghai Shenhua have ordered him to return for full training with the club at the end of this month, when his loan deal with Manchester United expires.
Ighalo joined Manchester United on the last day of January, securing a loan move till the end of the season, and united were desperate to keep a hold of him following his good performances for the club but the Coronavirus imposed football break has changed the landscape of things.
As it is now, unless United are willing to make full contract negotiations with Shanghai Shenhua, Ighalo will be forced to return to China for the start of the Chinese football league season.
Although Ighalo wanted to stay at Manchester United despite receiving a lower salary than what he is used to at Shanghai, Shanghai Shenhua have rejected United's requests to keep Ighalo at Old Trafford for another three months.
According to Daily Mail UK, Shanghai have the final say and are determined to get Ighalo back, having offered the former Watford player a two-year contract extension until 2024 on improved terms of £400,000 a week.
United paid a £3m loan fee for Ighalo at the end of January and have also been contributing £130,000 to his weekly wages, even though they haven't played in two-and-a-half months.
Having initially taken him on loan until May 31, they want to keep Ighalo until the end of August when the season is now expected to finish, but Shanghai have
refused to budge in negotiations.
Top Stories