Four grave diggers have been arrested by the police after five severed human heads were found in their possession. 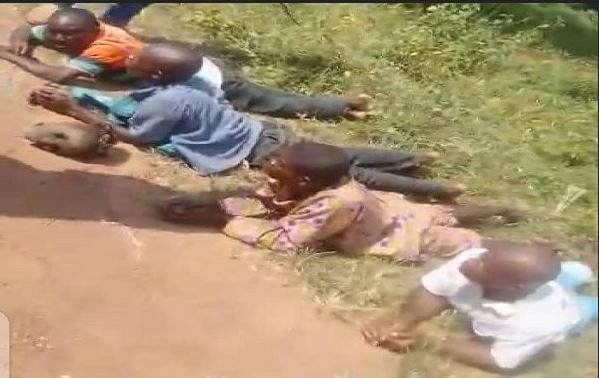 The suspects whose names were given as Kunle Olomofe 45; Adewale Abiodun 40; Akinola Sunday 69 and Oluwadare Idowu, 67, were arrested while trying to severe the head of a tipper driver just buried at the cemetery.

Family members of the deceased tipper driver had come to make arrangements on how to permanently secure the gravesite when they saw that his remain had been exhumed.

“It was when we caught them in the act which led to their beating that we discovered that they were in possession of other human heads. We immediately contacted men of the Special Anti-Robbery Squad (SARS) who came to pick them up” the family member said.

Confirming the incident, the spokesperson for the Ondo State Police Command, ASP Tee-Leo Ikoro said an investigation into the matter has commenced. The suspects have been remanded in police custody.