The Coronavirus Pandemic Is Accelerating And Getting Worse - WHO Warns


Anybody caught leaking FG documents will no longer get away with it. 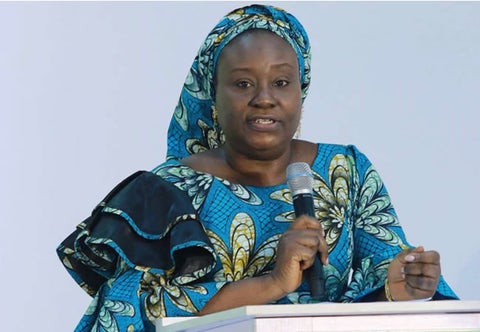 HoS, Dr. Folasade Yemi-Esan
The Federal Government has said it will henceforth dismiss officers caught leaking official documents on social media.
It lamented that the recent “unfortunate unauthorised disclosure of official documents on social media” was embarrassing and therefore unacceptable, Punch has reported.
The Head of the Civil Service of the Federation, Dr Folasade Yemi-Esan, issued the threat in a circular marked HCSF/109/S.1/120 with the title, ‘Unauthorised circulation of official documents/information on social media.’
A copy of the circular dated May 22, 2020 on Sunday was sighted by Punch.
Yemi-Esan issued the threat barely a week after a query she issued the Permanent Secretary, Ministry of Science and Technology, Dr Mohammed Bello Umar, for allegedly buying what she described as “uncompleted carcass” building for the Ministry of Agriculture and Rural Development in the sum of N7bn became a public knowledge.
The HCSF had claimed that Umar superintended over the transaction for the purchase when he was still the permanent secretary in the Ministry of Agriculture and Rural Development.
She also accused the permanent secretary of giving out seven deep drilling rigs for borehole procured at N1.3bn to some unnamed individuals under “fraudulent arrangements.”
Umar’s six-page response to the query dated May 14, 2020, in which he denied all the allegations levelled against him and described them as mere concoction based on malice also found its way into the media.
The text of the April 28 nationwide broadcast of the President, Major General Muhammadu Buhari (retd.), on measures being taken to curtail the spread of COVID-19 was also leaked on social media platforms some hours ahead of the 8pm broadcast time.
Yemi-Esan, in the May 22 circular, however, described leaking of official documents as “an act of serious misconduct” which attracts dismissal as contained in the Public Service Rules.
The circular read, “The attention of the Office of the Head of Service of the Federation has been drawn to the recent unfortunate unauthorised
“In some cases, official documents that have been minuted on are also leaked. This irresponsible and reckless action is an act of serious misconduct with a penalty of dismissal from service as provided for in Public Service Rules Nos. 030401 and 030402.
“The ugly development is embarrassing to government and therefore not acceptable. Any public officer caught engaging in this act of serious misconduct will be severely dealt with in accordance with the provisions of the Public Service Rules.
“Permanent secretaries are to draw the attention of all their staff to the content of this circular and the consequences of breaking the rules.”
The circular was addressed to the Chief of Staff to the President; Deputy Chief of Staff to President, Office of the Vice President; all ministers; Secretary to the Government of the Federation; all permanent secretaries; and service chiefs/lnspector-General of Police.
Others are the Governor, Central Bank of Nigeria; chairmen of the Federal Civil Service Commission, Police Service Commission, Code of Conduct Bureau, Code of Conduct Tribunal, Federal Character Commission, Revenue Mobilisation, Allocation and Fiscal Commission, Independent National Electoral Commission, National Population Commission, Independent Corrupt Practices and Other Related Offences Commission, Federal Inland Revenue Service and the National Drug Law Enforcement Agency.
Others who were copied are the Clerk of the National Assembly; Secretary, National Judicial Council; Auditor-General for the Federation; Surveyor-General of the Federation; Chief Registrar, Supreme Court of Nigeria; as well as Directors-General and chief executives of parastatals/agencies.
Top Stories