Wife of Governor Rotimi Akeredolu, Betty has been involved in a social media exchange with a critic who accused her and her husband of flouting the interstate travel ban amid the coronavirus pandemic. 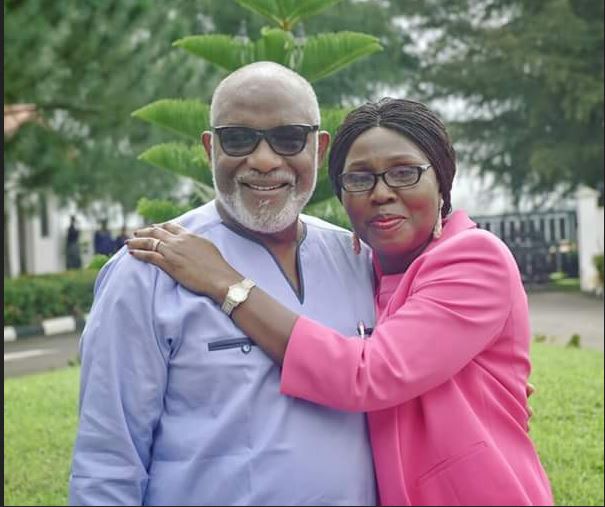 Governor Rotimi Akeredolu's wife, Betty was enmeshed in a heated social media exchange with a critic who accused her and her husband of violating the ban on interstate travel due to the Coronavirus pandemic.

Jimmy Adekanle Jaf in his Facebook post titled ‘Show of rascality of the Arakunrin and Arabirin in my Sunshine State’, alleged that the First Lady travelled from Imo State to Ondo state while her husband went to Abuja to lobby for second term ‘with our money stocked in the boot of his vehicles in his convoy’.

He stated that such act shows that the "law in Nigeria are for two different people, one for the masses and the other for the so called leaders that are supposedly be a example of the custodian of the law."

SHOW OF RASCALITY OF THE 'ARAKUNRIN' AND 'ARABIRIN' IN MY SUNSHINE STATE.

Dominic Cummings Adviser to PM Britain was sanctioned for traveling outside London.

Here in my Ondo state my people rolled out drums welcoming their Arabirin Betty Anyanwu-Akeredolu that travels hundreds of kilometers from Emeibiam in Imo state while the husband Arakunrin Akeredolu left for Abuja same day to lobby for his second term with our money stocked in the boot of his vehicles in his convoy, it has shown that Akeredolu can't entrust the key of the state to anyone except her Vice Governor Madam Betty, where the Deputy Governor and secretary of state are nothing but chair wormers in Alagbaka and Babajide is the Senior chief of staff and their inlaw from Ogun state is the chief frontier of our common wealth in our sunshine state.

Instead of their Arabirin to be quarantined before being sanctioned for breaking the law of the land she chose to engaged herself in exercise where the social distance was thrown into the trashcan and her gulible e-rats hailing and supporting her show of shame.

Even Her Majesty the Queen of England that her powers is above the Law of England never flouted the Law.

The law in Nigeria are for two different people, one for the masses and the other for the so called leaders that are supposedly be a example of the custodian of the law.

I can bet you if Boris Johnson decides to leave London for Manchester because he wants to go lobby some people to stay in power am sure he won't be halfway when the House will converge to remove him like removing jigar...

Police that are making the poor masses to frog jump for them leaving Oke Aro to Oja Oba to look for food same Police will hail and praise Madam Betty convoy from Emeibiam to Akure.

Our main problem is our Nigerian masses with all suffering they will still be smiling over stipends joining the Marchants of venice in Alagbaka displaying the leprosy hands of 4 +4 that will lead them to another hunger and looting of our common wealth by the Akeredolu's and their inlaws. 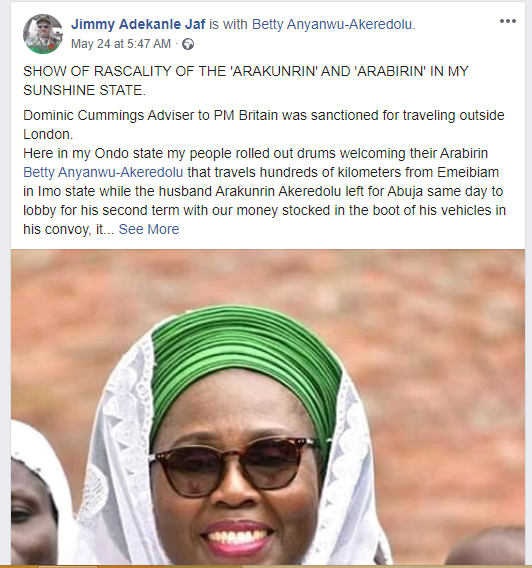 However after the Ondo First Lady replied with a comment which read “Barka da sallah, ranting Canada-based Human Eresi (Rice) Activist 4+4 is a GOAL”, Jaf fired back by saying that she has ''thrown her exalted office to the dogs.''

"Madam is a pity you have thrown the once exalted office of the first lady of Ondo state to the dogs.....is a shame.

Betty thereafter went all out against the Canada-based critic who she accused of being a mortuary attendant and a sex offender who fled the state.

She also affirmed that her office is looking such people.

“Shut the hell up. You are still talking. Canada Iresivist. This has entered in Ondo social media lexicon. I even heard that you are a sex offender and you ran away to Canada. Shame on you! Come back. Police is waiting for you. And my office is after scumbags like you.

“You are in real trouble. Arabinrin has no mercy for rapists like you. Jail term awaits you. FAKE HUMAN IRESIVIST. Ehnn, That rice ( or political appointment) from ondo state you are eyeing, you no go smell it not to talk of eating it. Who born monkey?

Trouble dey sleep, iyanga go wakem. Wetin you dey find, na palaver you dey find! You go know say Obinrin dey wey pass Okunrin. You don enter one chance, mortuary attendant. NTOOR! By the time I’m done with you, you are nothing but a piece of cracker SHIT. Pele!

“You had a field day all this while peddling unimaginable falsehood laced with bad English and your fellow e-rats were cheering you on. Where did you study? Did you go to University. I mean first generation Universities where English 101 is taught to groom their products to speak and write proper English grammar? Now its my turn. E don happen. You damn MORTUARY ATTENDANT PLUS INCLUDING RAPIST (like Zebrudaya would say) ! OYA. O TI SELE!!! No body has a monopoly of viciousness. I can too if I choose to. 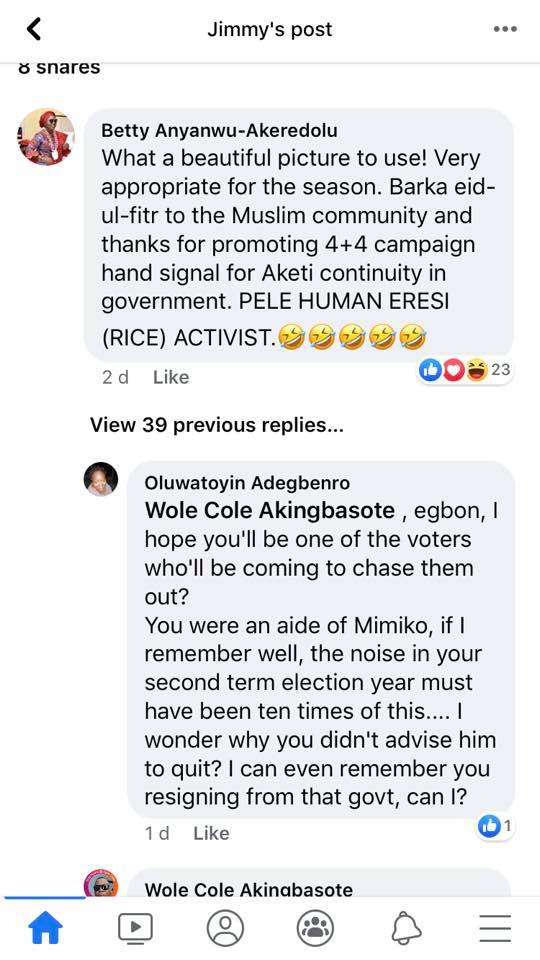