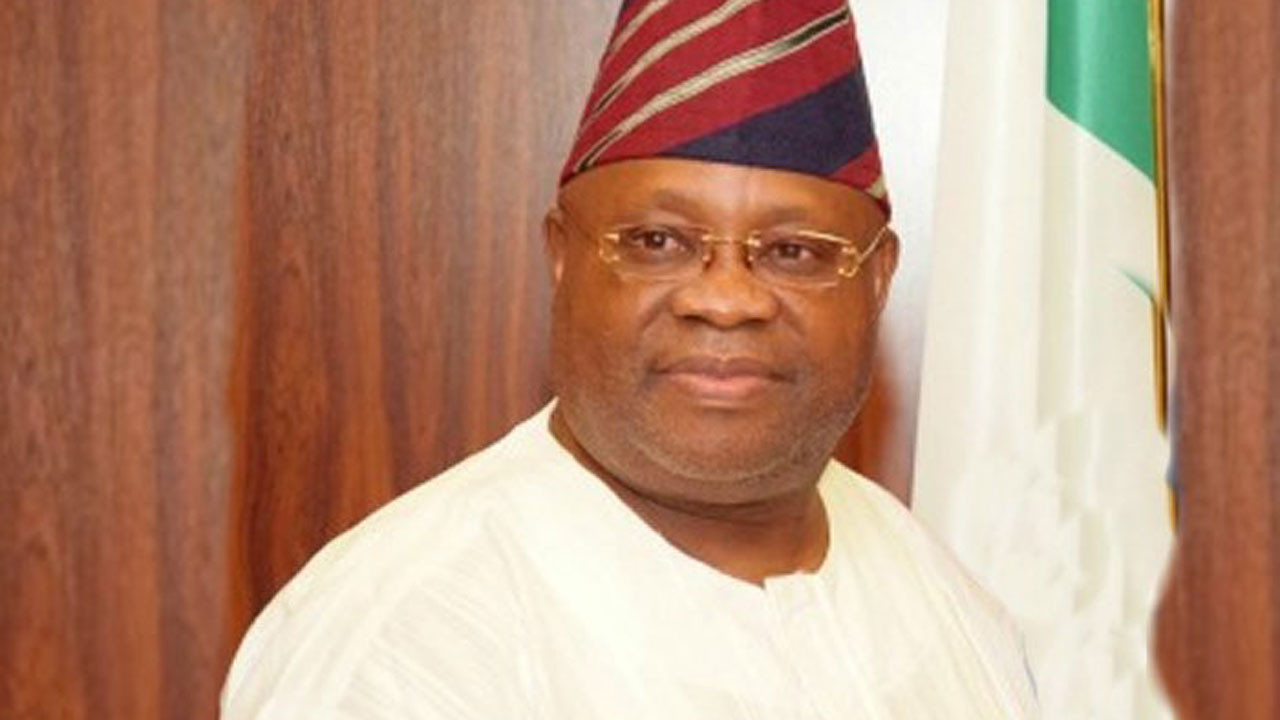 Former governorship candidate of the People’s Democratic Party (PDP) in Osun State, Senator Ademola Adeleke.
The Federal government has withdrawn the examination malpractice charges filed against the former governorship candidate of the People’s Democratic Party (PDP) in Osun State, Senator Ademola Adeleke.
The charges were filed during the heat of the Osun state governorship election campaign in 2018, accusing Adeleke and one of his relatives, Sikiru Adeleke, of engaging in examination malpractice.
Ademola and Sikiru were accused of impersonation, registering as students of Ojo-Aro Community Grammar School, Ojo-Aro, Osun State to enable them to sit for the National Examinations Council (NECO) examination of June/July 2017.
They were later arraigned before a Federal High Court in Abuja in October 2018 along with Alhaji Aregbesola Mufutau (the school principal), Gbadamosi Thomas Ojo (registrar) and Dare Samuel Olutope, a teacher in the school. The other three defendants were accused of aiding the commission of the alleged offence.
At the resumed hearing of the case on Thursday, May 28, the prosecution lawyer, Simon Lough said the state has amended the charge to exclude Adeleke, in view of his continued absence in court. Adeleke has failed to attend court since last year when he was granted permission, by the trial judge, Justice Inyang Ekwo, to travel to the United States on medical grounds.
The Nation reports that lawyers to the defendants, led by Alex Izinyon (SAN) did not object to the prosecution’s decision to amend its charge. They however disagreed with the prosecution on the appropriate order to be made; whether Adeleke should be simply discharged, based on the withdrawal of the charge against him, or whether he should be discharged and acquitted.
Justice Ekwo has fixed ruing on the issue for today Friday, May 29.
Top Stories