Popular male feminist, Solomon Buchi took to Twitter to debunk claims that he charges women the sum of N15,000 to teach them the concept of feminism. 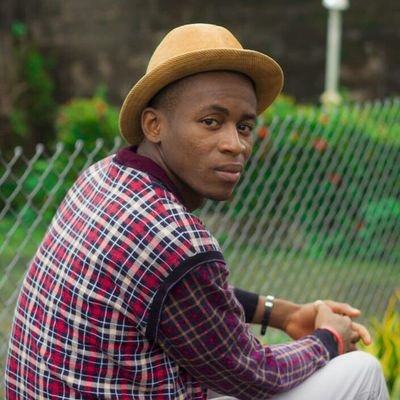 A Nigerian lady identified as Baliquis has called out popular relationship expert and feminist, Solomon Buchi on Twitter for allegedly charging women N15,000 to teach them the concept of feminism.

She although didn’t state his name in her tweet, but it was obvious she was referring to the male feminist, even as he also came online to react to the allegation.

"There’s a male ally that’s always performing online with plenty grammar and somehow always ends up blaming women for what happens to them, I heard he charges 15k to teach feminism and I’m shook because he’s the worst kind of ally".

While responding to her allegation, Solomon Buchi denied charging women to teach them feminism. He however admitted charging people for his therapy sessions.

"Two people tagged me on this thread. I’m laughing out loud. I don’t charge anyone for teaching them feminism. I have relationship clarity sessions which is a service people pay for. How the fuck will I charge someone to pay for feminism? Lol. This is madness, don’t tag me on this". 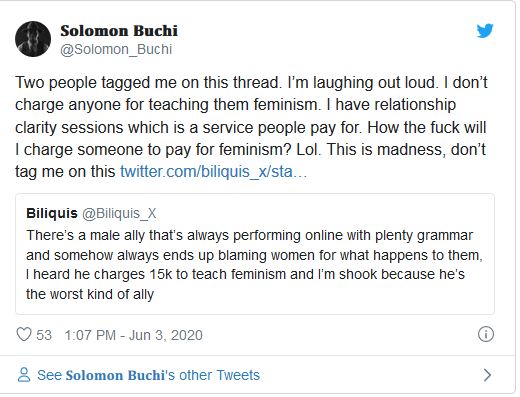 Baliquis was however bashed on the platform, and accused of seeking attention as she also happens to be a feminist. Many of Buchi’s fans even mentioned that she was broke and envies the man because he seems to be more progressive than she is.