Like its counterpart in the senate, the house of representatives leadership has paid a solidarity visit to Orji Uzor Kalu, senate chief whip, who was recently convicted of fraud. 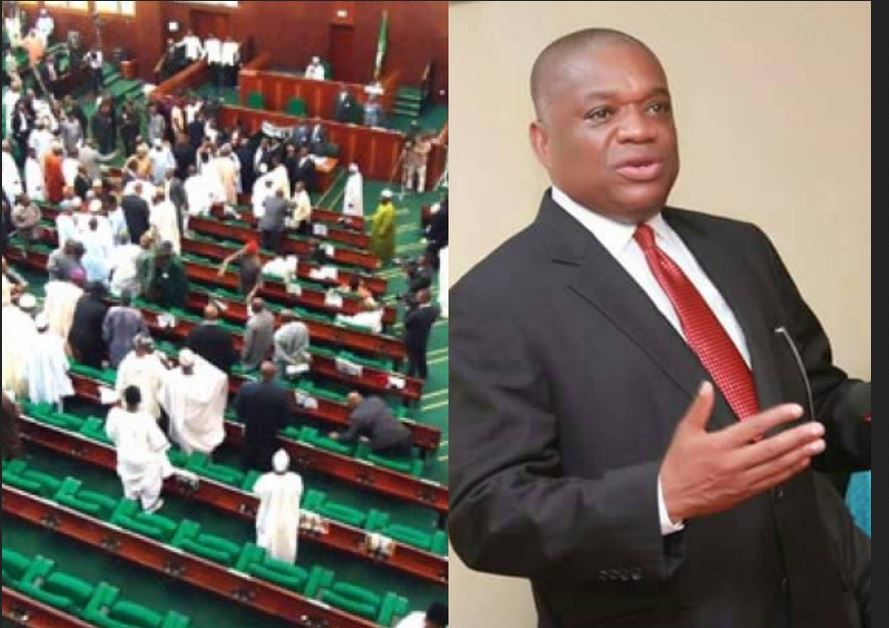 The leadership of Nigeria's house of representatives has described going to prison as an honor for politicians.

This was disclosed during a solidarity visit by Principal Officers of the House to Senate Chief Whip Orji Uzor Kalu, who was recently released from the Nigeria Correctional Centre in Kuje, Abuja.

Deputy Speaker Ahmed Idris Wase who represented speaker of the lower chamber of the national assembly Femi Gbajabiamila at the outing, said the leadership of the House was in Kalu’s home to sympathise with him over his incarceration.

He urged the former Governor of Abia state to see his incarceration as a "badge of honor" and also put everything before God.

“We are here to sympathise with you on what happened and your incarceration. As a politician, I want you to take it as one of those things.

“First, we congratulate you and urge you to put everything before God and believe it is part of destiny. My leader, the late Chief Solomon Lar, told me not to fear, as a politician, to go to prison.

“He told me that going to prison is a badge of honour. If you are a good politician, you should be willing to taste prison experience because it will come to you in very many dimensions.

“That happened to us sometime in the past when we were being chased and humiliated, and he asked us to be resolute and face the issues as they were. He reminded us of how he was sentenced to over 90 to 150 years in prison. He told us that as leaders, there is always a judgement that could be passed.

“As our leader, we want you to appreciate what God has done for you; use it for the positive development of our country’s judicial system; use it in the interest of humanity.”