A Nigerian woman has revealed the staggering amount she charges men who want to sleep with her. 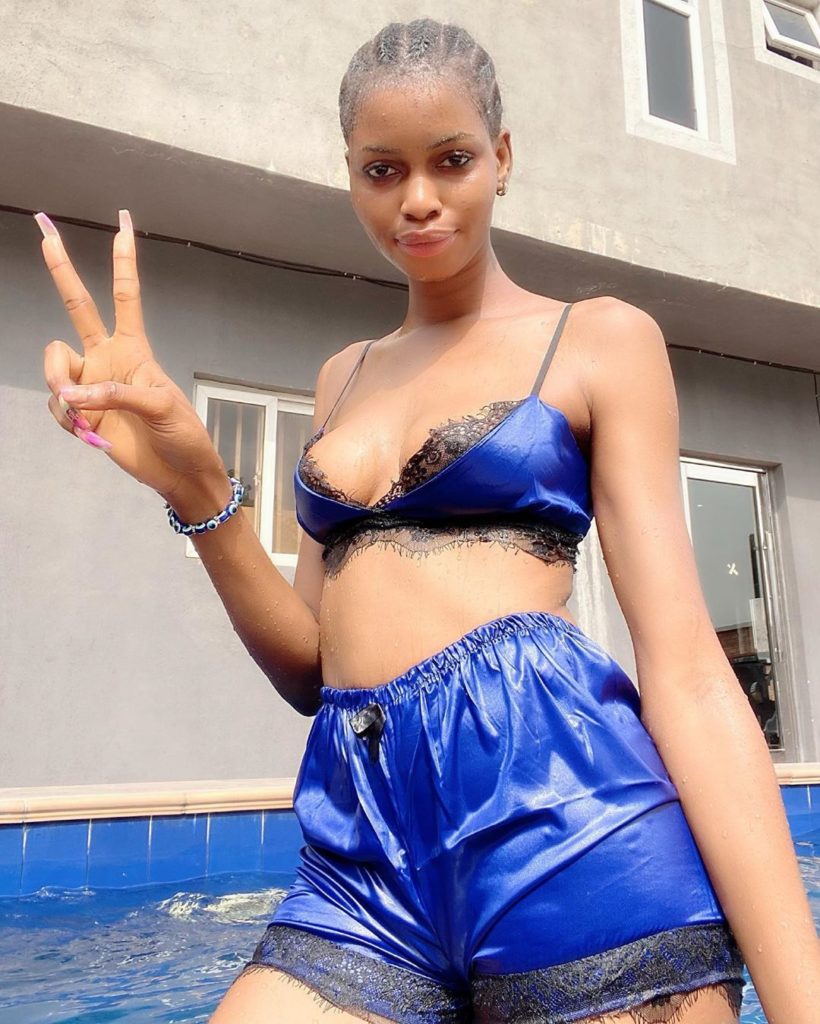 The woman made the claim on Instagram
A Nigerian lady has opened up on the amount she's ready to take from any man who wants to sleep with her.
The woman with the handle @officialjokegold1 asked men who can't afford the amount to stop disturbing her.
The lady also described her genitals as golden and as such, anyone who wants to hit it must be man enough.
She wrote: 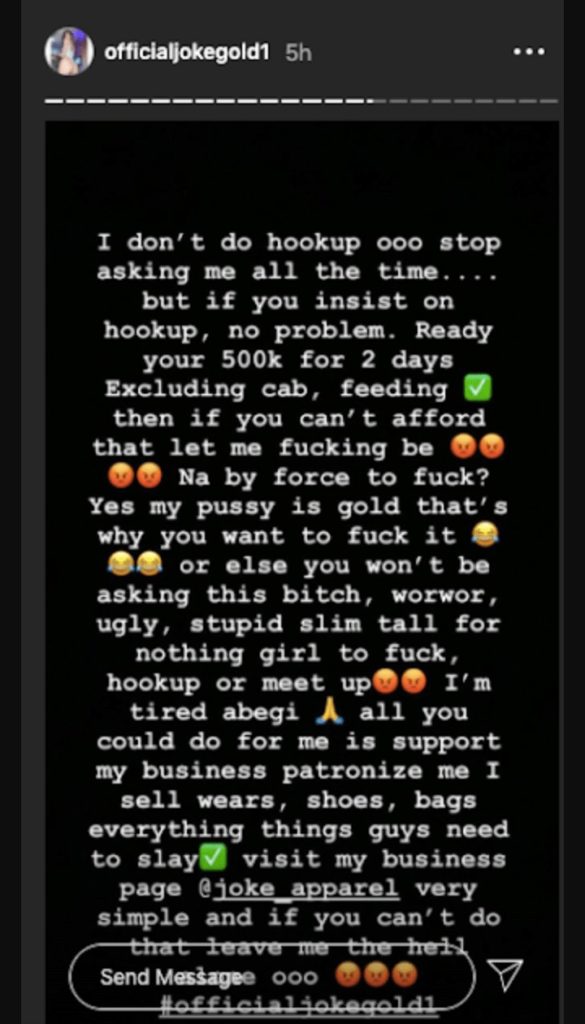